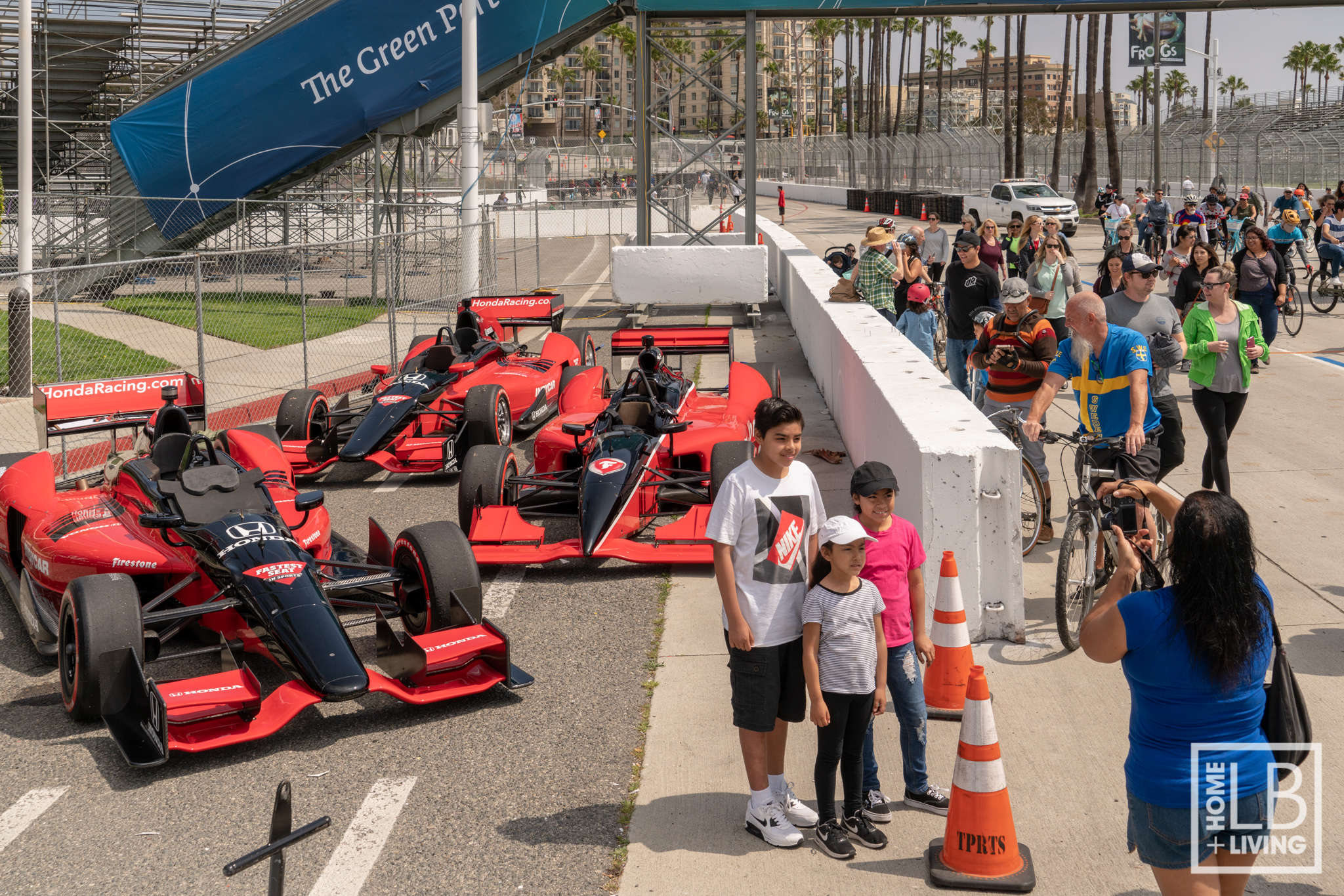 Wednesday marked the beginning of The 2019 Acura Grand Prix of Long Beach with the annual kickoff celebration Roar in The Shore where race cars and motorbikes took over the popular Long Beach strip.  The best is still yet to come as the major events start this Friday April 12. Even if you’re not a motorsport enthusiast, the annual event has so much fun to offer you and your whole family. Located in the Long Beach Arena, there is a little something for everyone at the lifestyle expo which features the latest in automotive, home, recreation, travel and entertainment products and services.  Most notably in the Lifestyle Expo is he Green Power Prix-View, which features state of the art electric, hybrid, hydrogen, biodiesel and other alternative energy or energy saving vehicles as well as other lifestyle products.  You’ll also want to stop here for autographs from drivers, the Indycar Series Fan Experience and the Family Fun Zone. The Family Fun Zone will have something for every age level of the family.  Here you’ll find games, rock climbing, video games and race car simulators When you think of the Grand Prix you might not think about dance, but this year will feature an opportunity to watch as well as get on stage with the local group Dance Motivation.  Members of the group have appeared in films such as Step Up One, Step Up Two, Step Up Three,You Got Served, Honey, Kicking It Old School, as well as shows like Dancing With The Stars, So You Think You Can Dance, and America’s Best Dance Crew.  They describe themselves as “a professional acrobatic/extreme dance motivational assembly jam packed with thrilling, and downright impossible feats of power, performed by today’s leading break dance and hip hop dance professionals.” Although most folks think about their ears buzzing from the sounds of the race audiophiles will have an extra special reason to check out the Grand Prix this year on Friday and Saturday nights on the Long Beach Convention & Entertainment Center Terrace Plaza. Friday, ALEX LORA/EL TRI will take the stage to headline the Fiesta Friday Concert.  For many, Lora is the premier figure in Mexican rock throughout several generations.  He has recorded over 50 albums and has performed with Chuck Berry, Johnny Winter, The Ramones, The Cult, Sammy Hagar and The Rolling Stones.  Not only did the band wow the crowds at the 2009 Grand Prix but the band has 10 Gold albums and 5 Platinum albums; El Tri’s hit songs have included “Las Piedras Rodantes,” “Triste Canción,” “Niño Sin Amor,” “Chavo de Onda” and “Qué Viva El Rocanrol.” Saturday, the party starts with the local indie-electronic band you don’t want to miss Moontower.  Then, prepare yourself for the evening’s headliner The Cold War Kids.  The band was formed in 2004 and quickly gained attention.  They released their first album in 2006 Robbers & Cowards.  The band released 5 albums since then including the most popular Hold My Home, which featured the Billboard Alternative chart-topping hit “First” in 2015.  Other hit songs include “Miracle Mile,” “Love Is Mystical” and “So Tied Up.”