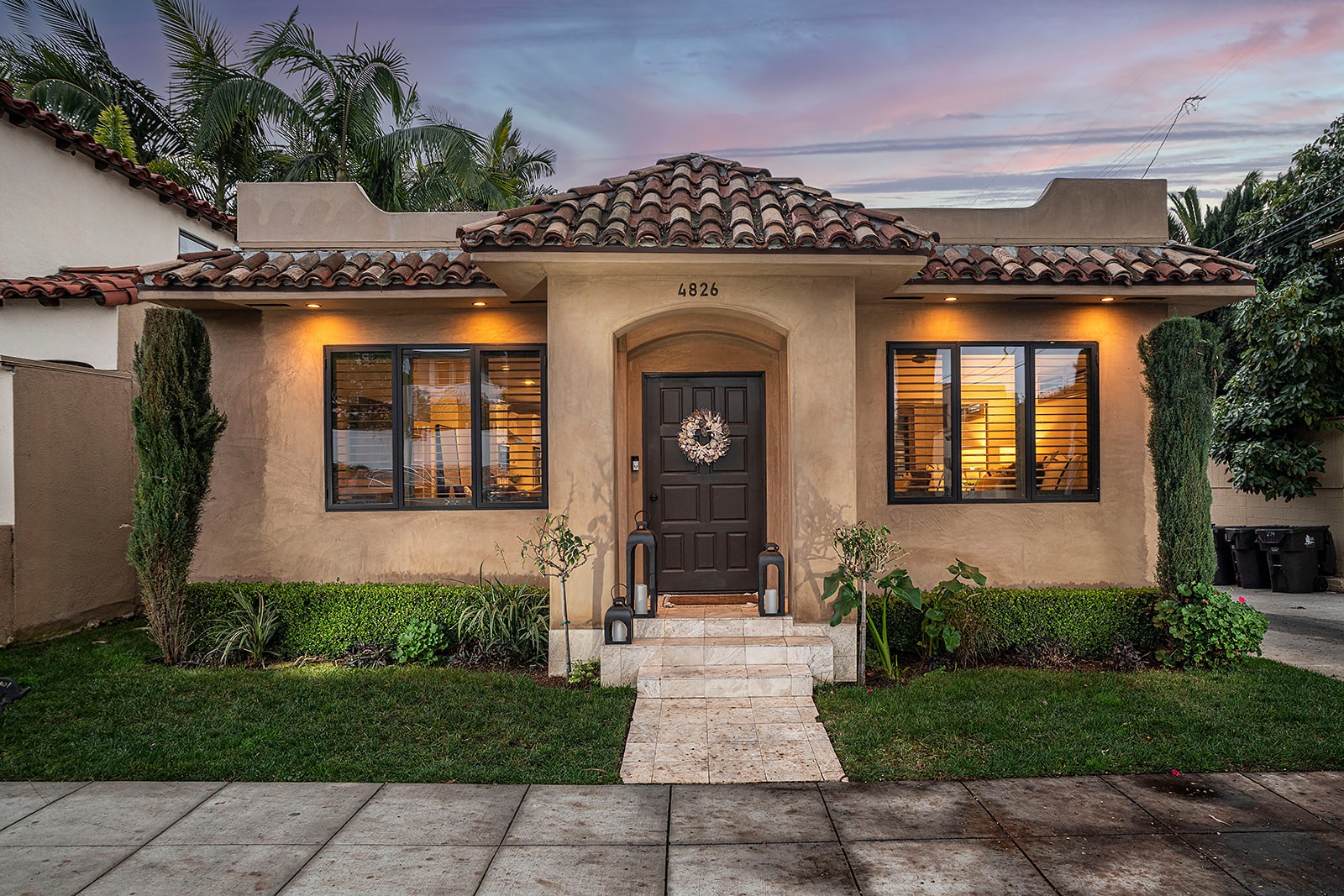 In 1912, Julia A. (Bunch) Jones and her husband, George E. Jones, purchased open farmland on what had been part of the Rancho Los Alamitos, owned and operated by the Bixby family for over fifty years.

The parcels they bought on Block 10 were in the City of Belmont Heights (incorporated from 1908-1909) which had recently been annexed to the City Long Beach to the west. Growth had spread east from Redondo Avenue where the Red Cars ran, providing easy access to the north (Los Angeles city) and to downtown Long Beach via Broadway.

An announcement of the construction. Southwest Builder and Contractor Journal, August 26, 1921, p. 32

Since the area was so rural, the Jones’ leased part of their land on Block 10 to Charles and Mary Ballard, recent arrivals from Denver, Colorado. This entrepreneurial family used the land as a mushroom farm. After the Ballards established their business, they moved into a house on Prospect near Broadway.

Who were the Jones’?

Julia A. Bunch Jones (1853-1933) was born in Tennessee, but moved to Sebastian County, Arkansas as a young child. Her father, William Bunch, was a fairly wealthy farmer.

In 1873 she married fellow Arkansan, George Emerson Jones (1851-1921). The couple shortly after struck out for Oregon and California via wagon train in 1875. George had been a farmer for most of his life; however, he also was an ordained Baptist minister. The latter he considered his true calling. As a family they lived the pioneer life. Most, if not all, property was purchased in Julia’s name, even the 160 acres they bought from the Federal government to settle in the Oregon Territory.

The couple and their nearly adult children moved south, first to Los Angeles, then to Long Beach, around 1910. They initially settled at 945 Temple, but began buying lots in the Alamitos Tract and the Belmont Heights Tract.

The first house addressed as 4826 Vista was moved onto the lot in 1912. That year Julia Jones paid Bucy Moving Company to “move and repair a seven-room frame dwelling … at 4826 Vista.”

By 1917 they were living in this “moved” house at 4826 E. Vista. Note that this is four years prior to erecting the house that is there today. Newspaper items indicate their son, David Roy Jones (1895-1942), was quite a handful. He was drafted in the Army in 1917, but his duty was deferred as he worked for the shipyards; he injured a pedestrian in downtown Long Beach in 1917 (below, right); and, he totaled this same motorcycle at the corner of Broadway & Roycroft the following year. He kept a cow on Vista in 1922 (below, left). 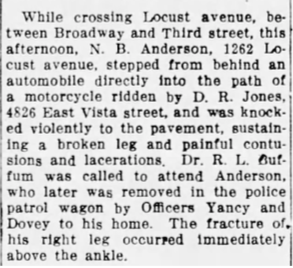 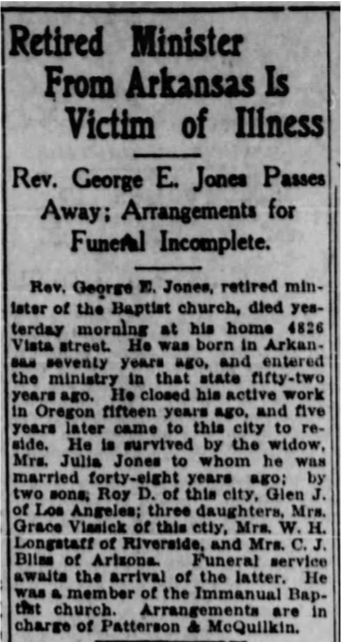 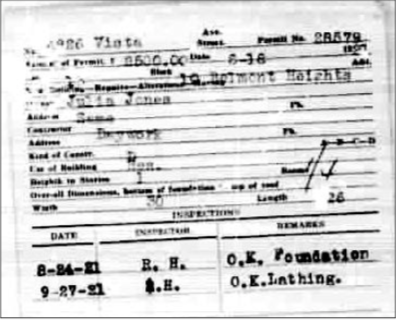 In 1923, the Sanborn Map Company* issued a fire insurance map for this area of Belmont Heights (below). Notice that the parcel on which 4826 Vista is located is surrounded by numerous empty lots, as this area of Long Beach was not well populated yet. 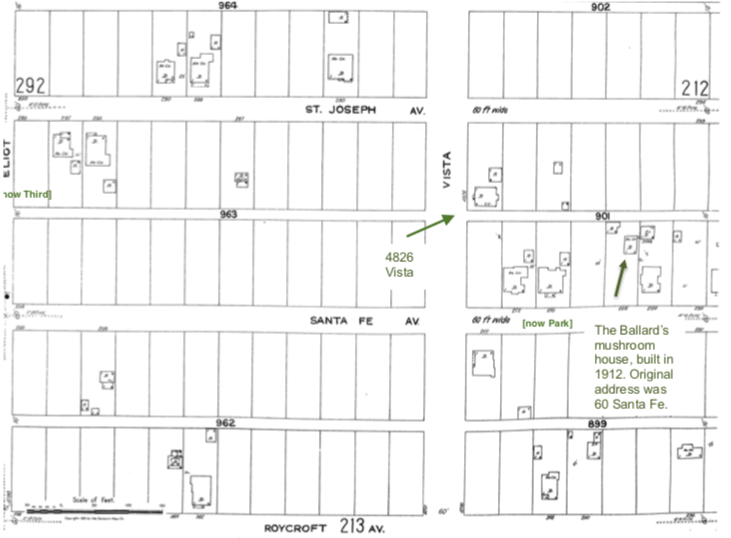 Sanborn Fire Insurance Maps were created beginning in 1867 as a product to help insurance companies assess the potential risks involved in underwriting policies. Today, Long Beach tracts are reflected in historical Sanborn maps from 1888 through 1950. The eastern section of Belmont Heights is represented by just two dates: 1923 and 1960.

According to newspaper reports and Long Beach city directories, Julia Jones lived at 4826 E. Vista for a number of years until a move to Compton. She continued to invest and develop property, including building a house at 271 St. Joseph in 1923.

She died on April 18, 1933 while staying with her daughter in San Bernardino. 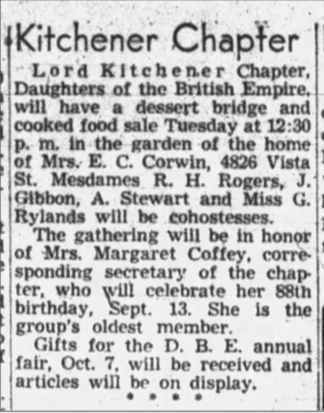 4826 E. Vista Street was designed in the popular Spanish bungalow style. This architecture was all the rage in southern California in the 1920s, made popular by the adoption of the Mexican adobe hacienda look and the state’s interest in the California Missions as a tourist attraction.

A number of firms, like Roy Hilton Company and Henry L. Wilson, sold “plans” for many of these homes, designed for those who hired their own contractor. Or, a contractor would present plan books to clients, adding and subtracting details as needed.

This Vista home has a centered covered porch and entry, flanked by wide, horizontal windows, which would originally been fixed plate glass. The flat composition roof is hidden by a sculpted parapet (false front). A band of tile just below the roof lends depth and a Spanish architectural detail.

In 2003, owner Michael Forry remodeled the garage and created a center patio and deck (see portion of permit from Jan. 24, 2003).

Permit drawing for 2003 remodel of patio and deck.

The new owner of 4826 E. Vista will continue the stewardship of one of Belmont Heights’ oldest homes, the legacy of a pioneer family who arrived in California at the turn of the last century. 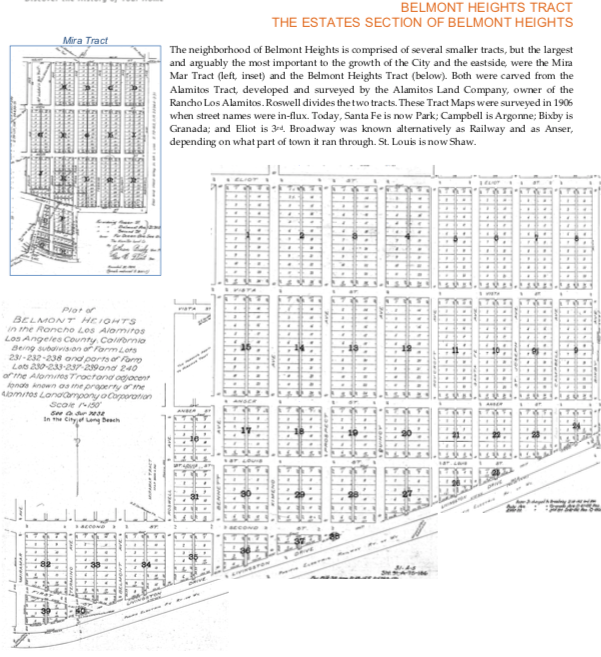 The Mira Mar Tract, being closer to Redondo and the amenities of the Belmont Business District (Broadway from Redondo to Belmont) was the older, more established tract. Access to transportation via the Red Car line with its spur along Redondo, leading to downtown Long Beach via Broadway, contributed to the Mira Mar Tract’s population growth from 1905-1930 with many Craftsman and Spanish bungalows.

By the 1930s, the Belmont Heights Tract seemed impervious to the growing Great Depression with many of Long Beach’s professional class making their homes there. Some of the best architects and builders selected these lots for themselves and were commissioned by clients that ranged from lawyers, doctors, politicians and small business owners. The area grew so quickly that both Lowell Elementary and Lowell Junior High (now Will Rogers Middle School) were erected in the mid-1920s to serve the new families moving in. 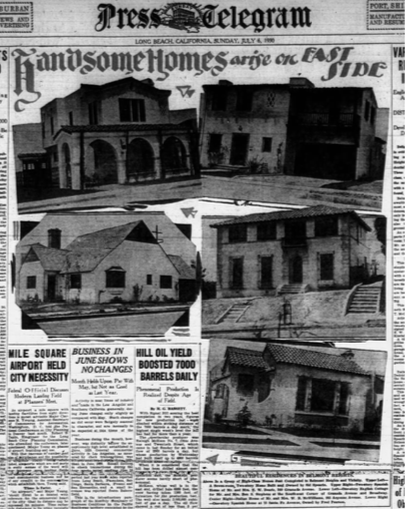 The early stakeholders in this Estates Section reads like a Who’s Who of Long Beach leading families:

Today’s residents of the Belmont Heights Estate Section continue this tradition of leading, improving and serving the City of Long Beach, creating community, one household at a time. 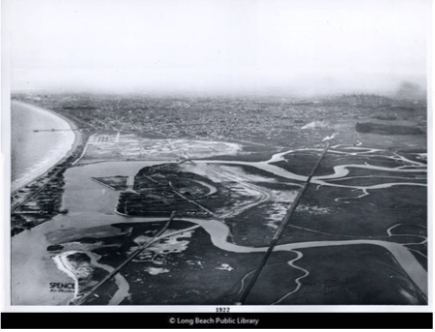 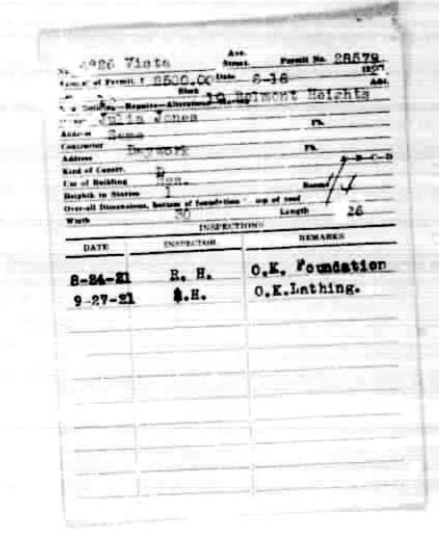 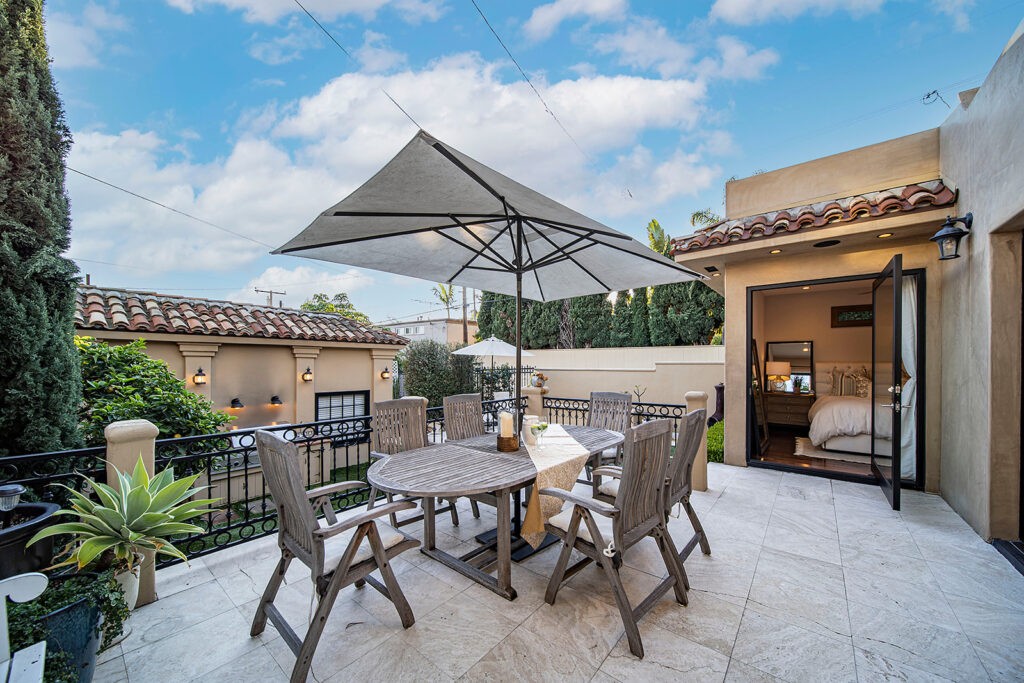 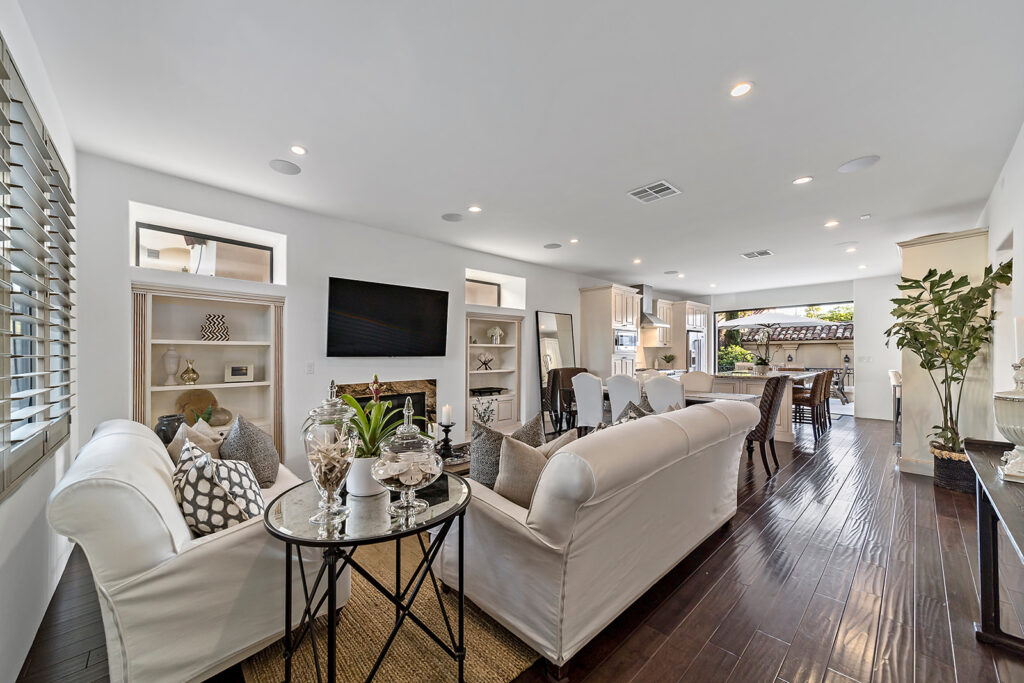