Long Beach is a city with genuinely good pizza. To those who are East Coast transplants, however, many of them find a “good pizza” to be scarce. Nothing remotely compares to New York when it comes to a proper slice. Enter Milana’s. This New York-style pizzeria popped up in Downtown Long Beach in 2010 and was a product of the ’08 crash. Adriel Fasci, a former Brooklyn restauranteur, had moved to Long Beach to pursue the ever-lucrative career of real estate. When the recession hit, he decided to switch gears after realizing that he “couldn’t find pizza here” and opened Milana’s New York Pizzeria—named after his daughter who was born the same year.

I got the chance to speak with Cameron Fasci, resident pizza maker and son of Adriel.

“We had so many ties within pizza. I have the classic Italian family where everyone owns pizzerias. After the 08’ crisis, this just made sense,” Fasci said. “We already have all of the recipes, let’s just do it.”

He started at the age of fifteen as a sign spinner, eventually working his way up to now running Downtown Milana’s.

“I love every part about it. The science of making the pizza. I do everything, I make the dough, I do the register, I’ll do deliveries, even,” Fasci said. “I started off when I was fifteen, my dad put me on the corner of Long Beach Boulevard and Fourth with a sign, and I was just flipping the sign up in the air.”

What makes Milana’s unique isn’t the dough. Well, yes, it’s unique in Long Beach, but it’s heavily influenced by and iterated from the idea of what New York dough is supposed to be. The ratio of the ingredients. The flour. The freakin’ New York water. It’s crunchy and chewy in all the right places.

But their real secret is in the sauce.

The sauce recipe is closely guarded with its roots going back to Palermo in Italy. Antonino Fasci, Adriel’s great-grandfather, left Palermo on the SS Martha Washington, landing at Ellis Island in 1911. With him, came the red sauce that defines some of Milana’s best pies. They use fresh tomatoes for every batch with a mysterious blend of herbs and spices that is cooked over many hours to develop that bright and subtly sweet tomato gravy. It’s something you’d want to get lost in. When paired with quality mozzarella and that dough, the resulting slice is, real talk, good pizza.

“We have the best slice game in Long Beach, with slices always being available from open to close. The oven, which has been around since the beginning, imparts flavor from using it for over a decade. The cheese, the sauce, it soaks in all that flavor.”

After the Downtown Location, they opened a spin-off location, Milana’s Brooklyn Squares, near the Traffic Circle and are working on a location in New York.

“We’re in the process of opening up a Milana’s in Brooklyn. As far as Long Beach goes, we’re focused on the Squares store right now,” said Fasci. “We made it through starting the business, we made it through the pandemic without letting a single person go. It’s been a blessing. Long Beach has done a lot for us, they’ve been very loyal to us. We love Long Beach.”

The Brooklyn Squares location is much like its predecessor, however, with more of a focus on the Sicilian pies. Square in shape and thick crust, the squares provide a different New York pizza experience. And honestly one of my favorite pizza experiences in the city.

As for the original location, they also sell the squares—they sell the thinner variant; grandma pies too—as well as heros, calzones, pasta, and cannoli. But the focus is always the circular New York pie.

While speaking with Fasci, I got an order of my usual pie, the Sheepshead Bay, which is a thin round pie topped with red sauce, mozzarella, house-made meatballs, ricotta, and fresh basil. It’s stunning. The ricotta bursts with a milky creaminess on the front of the palate, while meatball and basil perfumes each bite with a balanced contrast between rich and herbaceous aromas.

To me, Milana’s is severely underrated. The aforementioned pie was one of the best slices I’ve had up and down Fourth Street, affectionately named Pizza Row by Fasci. It’s a clever riff on Long Beach’s Retro Row of which is a part of 4th Street, a street that houses many other pizza joints such as The 4th Horseman, Canadian Pizza, and Little Coyote, as well as newcomers Speak Cheezy and Kids on Coffee inside of Eddie’s.

“I think it’s good for this place to have so many pizza options. It highlights what’s good and what’s not. It puts into perspective what you like and what you don’t. Us from being New York, we know pizza. We felt partially responsible for teaching Long Beach about good pizza. And it kinda grew from there.” 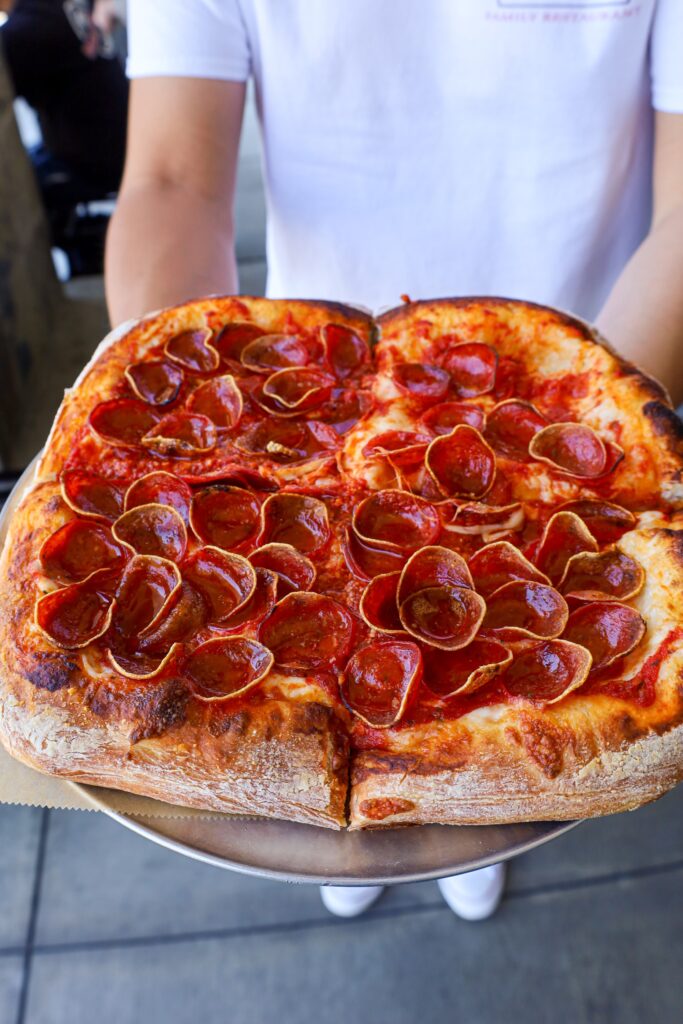 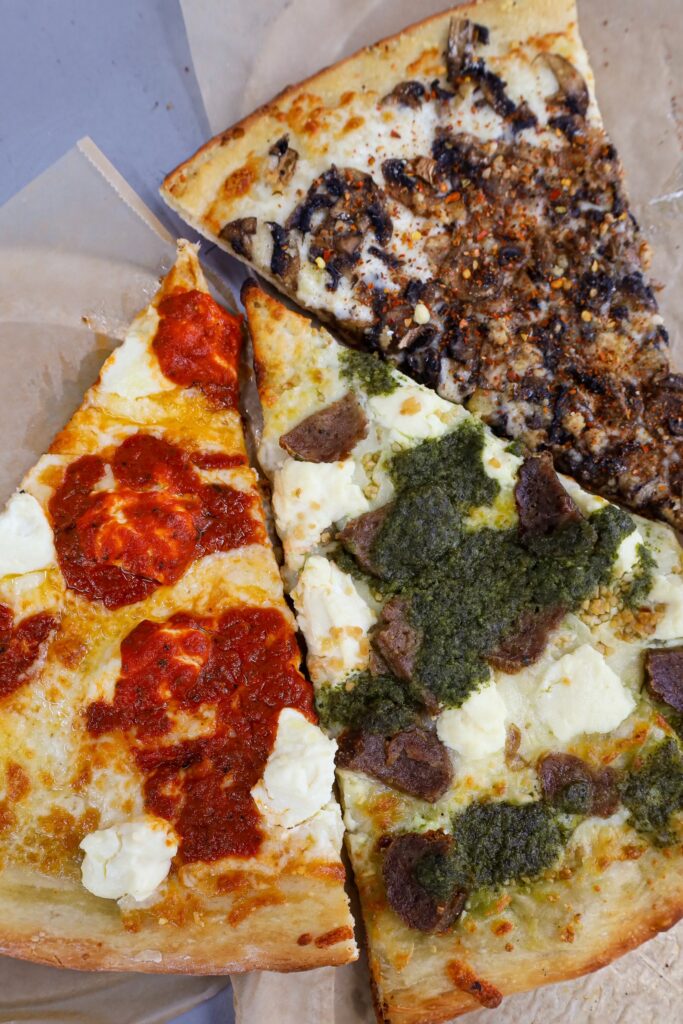