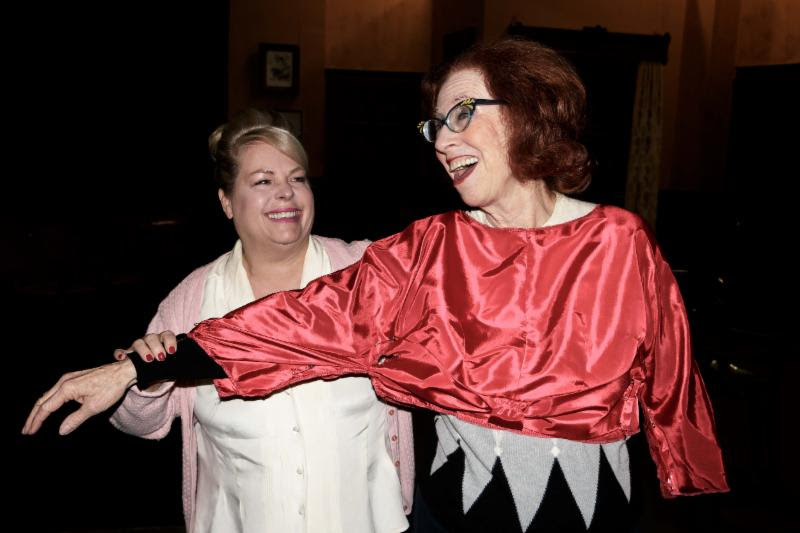 5 Things To Do At Home on a Rainy Day

Set in the UK in 1960, Hugh Whitemore’s Pack of Lies tells the story of the Johnsons, a nice middle aged English couple, and their best friends, the Krogers, who live next door. Imagine their surprise when a Scotland Yard detective asks to use their house to observe a Soviet espionage ring operating in the area. The Jacksons are more and more put out as Scotland Yard’s demands on them increase. Then they are really put to the test when the detective asks them to help set a trap for the suspected spies…the Krogers.

“Friendship and betrayal are at the heart of this story,” said Artistic Director, Sean Gray “How well do we know the people we think we know well? And to whom are we loyal:  our friends or to our ideals and our country?”

The play is based on a true story and actual people. Peter and Helen Kroger are based on Morris and Lona Cohen who were part of the Portland Spy Ring which operated in England from the 1950s until 1961 when the core of the network were arrested by British Security Services. The Portland Spy Ring was considered unique because they didn’t operate under the cover of an embassy but rather by blending into a neighborhood.

Sharyn Case returns to the Playhouse to direct her ninth show. Her most recent Playhouse shows include And Then There Were None and Our Town. The eight-member cast is a mix of actors making their debuts and others returning to a stage they know well.

Show designers are: Greg Fritsche for the set, Justin Castillo for the lighting and Julie Moore for the sound. And Donna Fritsche and her talented volunteers have been busy creating costumes that evoke the stylish era of the early 1960s when Jackie Kennedy and Laura Petri ushered in fashions that were elegant, flirtatious and pushed the bounds with narrow-fitting Capri pants considered shocking for the time. The show opens February 24 and runs through March 24.

SPECIAL EVENTS FOR THIS PLAY:
Pay what you can Dress Rehearsal Thursday February 22 – community can see this production for whatever they can afford
Two for One Preview Friday February 23 – Tickets are $10.00
Opening Night Champagne Reception with cast on February 24 – Tickets are $27.00