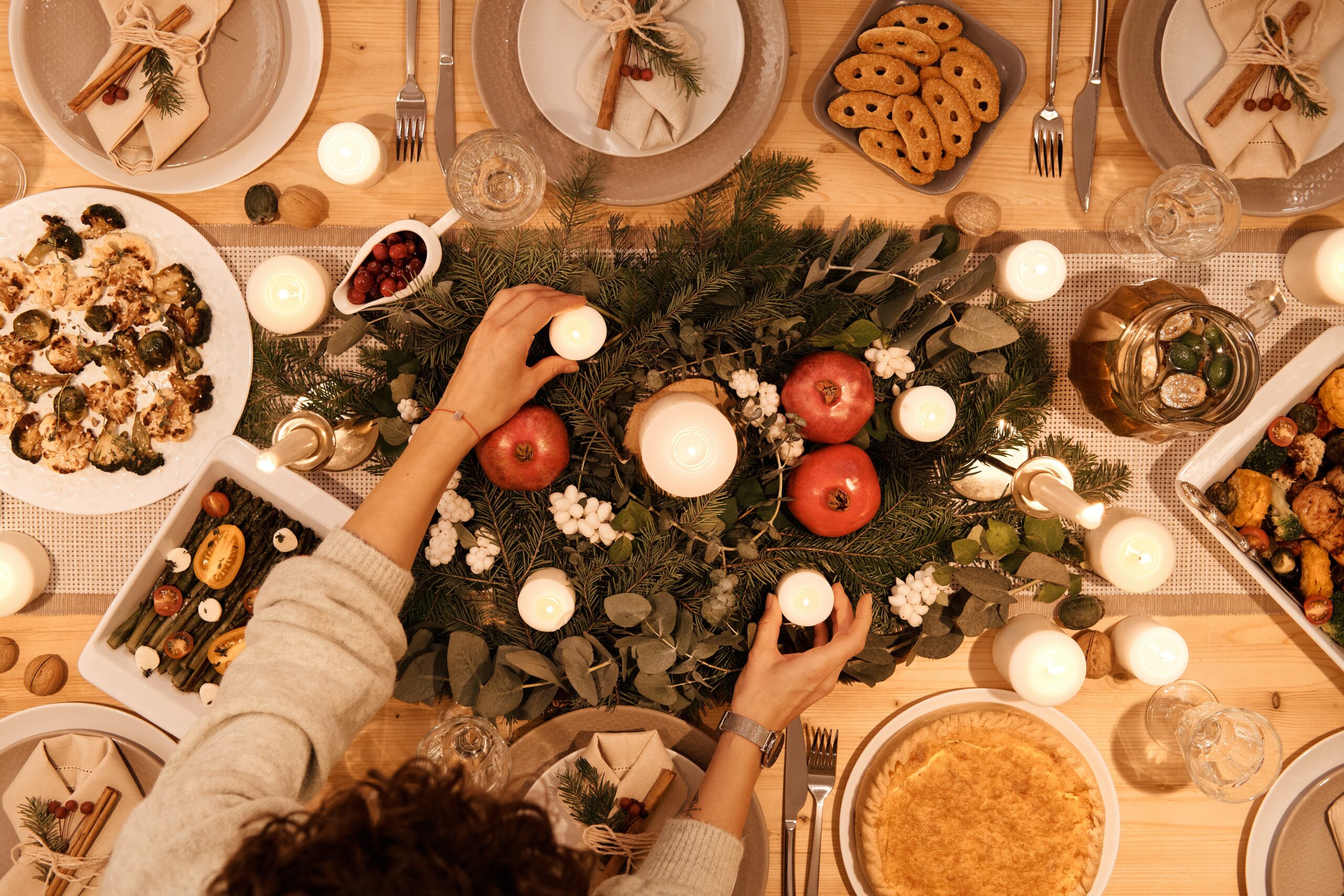 When it comes to the holiday season, one of the first things that comes to mind is food! Many cultures have their own nostalgic food items that either have historical significance or deep roots of family tradition. Here at LB Home Living we are a multicultural melting pot of different backgrounds. We wanted to share some of the recipes of our families traditions and the history behind them, as well as a few others. 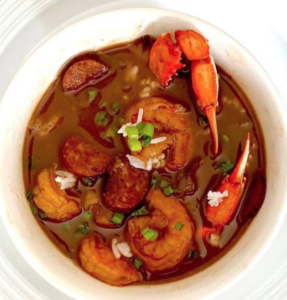 From as long as I can remember my family (McKenzie) has made gumbo for Thanksgiving and Christmas. Being from a big creole family, who is from New Orleans, we have placed a major importance on this very historical dish. There are many different types of gumbo, we make a combo of a seafood version that contains shrimp, crab, sausage, ham, and beef. Culturally gumbo is a peasant dish, made from the scraps that were left over, however it also has roots that go back to our African Ancestors prior to being brought over through the slave trade.

The roots of gumbo do run deep in Louisiana. Enslaved Africans were brought to the French colony in large numbers starting in 1719, and by 1721 more than half the residents of New Orleans were African. The first known reference to gumbo as a dish was uncovered by historian Gwendolyn Midlo Hall, who found a handwritten transcription of the interrogation of a 50-year-old slave named Comba in New Orleans in 1764.

Just remember, whichever version of gumbo you like or have tasted, each one tells a rich story of the people who have prepared it and continue to share it with the world. 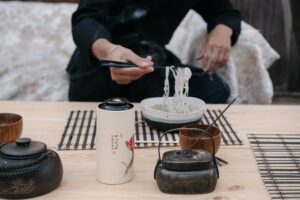 In Japan, New Year’s Eve is typically celebrated at home with family. Many Japanese people like to watch annual New Year’s TV programs, such as the NHK Red and White Year-end Song Festival (Kohaku Uta Gassen), or pay a late-night visit to a shrine or temple to ring in the new year.

On these cold holiday nights, it’s tradition all over Japan to eat soba noodles called “toshikoshi soba” (new year soba). Soba is a type of noodle made with buckwheat, which lends a light brown color and delicious texture. For New Year’s, these noodles can be served warm or cold, in a broth or with dipping sauces, in whatever style you prefer.

Toshikoshi soba is believed to have developed as a New Year’s tradition during the mid-Edo period (1603 – 1868) as an evolution from a previous tradition of eating soba on the last day of the month. Today, surveys have shown that almost 70% percent of people in Japan eat soba on New Year’s Eve, which gives a sense of how widespread the custom is. 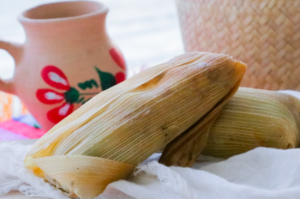 Tamales have been eaten in the Americas for a long, long time. They originated in Mesoamerica and date back thousands of years. The portable food was eaten by Olmec and Toltec hunters, travelers and soldiers, and later by the Aztec and Maya. There’s evidence that the Inca of South America even ate tamales.

So why tamales at Christmas? There are several theories about why this food has become so identifiable with the birth of Christ. Corn was a very important crop in Mesoamerica, with people believing that people were created from corn. Tamales, because they were wrapped in corn husks, became part of ritual offerings. As a nod to those times, people prepare tamales for special occasions including baptisms, weddings, Dia Del Los Muertos, and, of course, Christmas.

Tamales can also be seen as a symbol of the Virgin Mary, carrying in her the baby Jesus or a mother carrying a future life, especially if the tamale contains an olive. Making tamales is labor-intensive, so often many are made at once, and families and friends are invited over for a day – or more – of togetherness and tamales.

The Noche Buena, night of goodness, is to the Filipino not really just Christmas Eve, to which the term refers, but also and specifically the meal shared by the family after the midnight mass. It is also called media noche – another transposition of the name for a time into the name for a meal, no one was allowed to eat till after midnight mass; one fasted, especially from meat, for the feast early on Christmas morning.

It is not usually shared with guests, only with family, and usually only with the nuclear family, the very closest and dearest. It is for many Filipino families, therefore, the most meaningful meal of the year.

Feast of the 7 Fishes 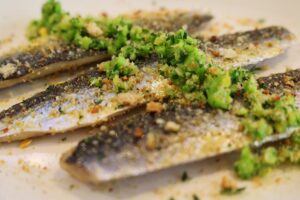 Every year in the U.S., many people celebrate the Feast of the Seven Fishes on Christmas Eve. Although it is unclear when the dinner became so popular, this celebration is considered one of the most important Italian traditions. Typically, the family gathers around a feast of seven different seafood dishes or one or two different types of fish prepared in seven different ways.

Despite its popularity among Americans, many Italians do not even know about the tradition — or its origin. Surprised? The answer can be found in the biodiversity of Italy: the country boasts so many differences between the north and south.

Each of the 20 regions has a different culinary tradition for the cena della Vigilia, or Christmas Eve dinner. For example, families in Piemonte celebrate with agnolotti, fresh pasta filled with meat; in Roma, the tradition calls for minestra di pesce, fish-based soup; and lastly, in Sardegna, there’s no Christmas Eve dinner without malloreddus, small semolina gnocchi usually served in a sauce with tuna and fresh cherry tomatoes.

Of course,  for any Italian family, it wouldn’t be a Christmas feast without panettone and pandoro, the traditional fluffy cakes that adorn every table and are gifted with wishes of love and prosperity, and classic holiday desserts like torrone, hazelnut-studded chocolates, panforte, and beyond.