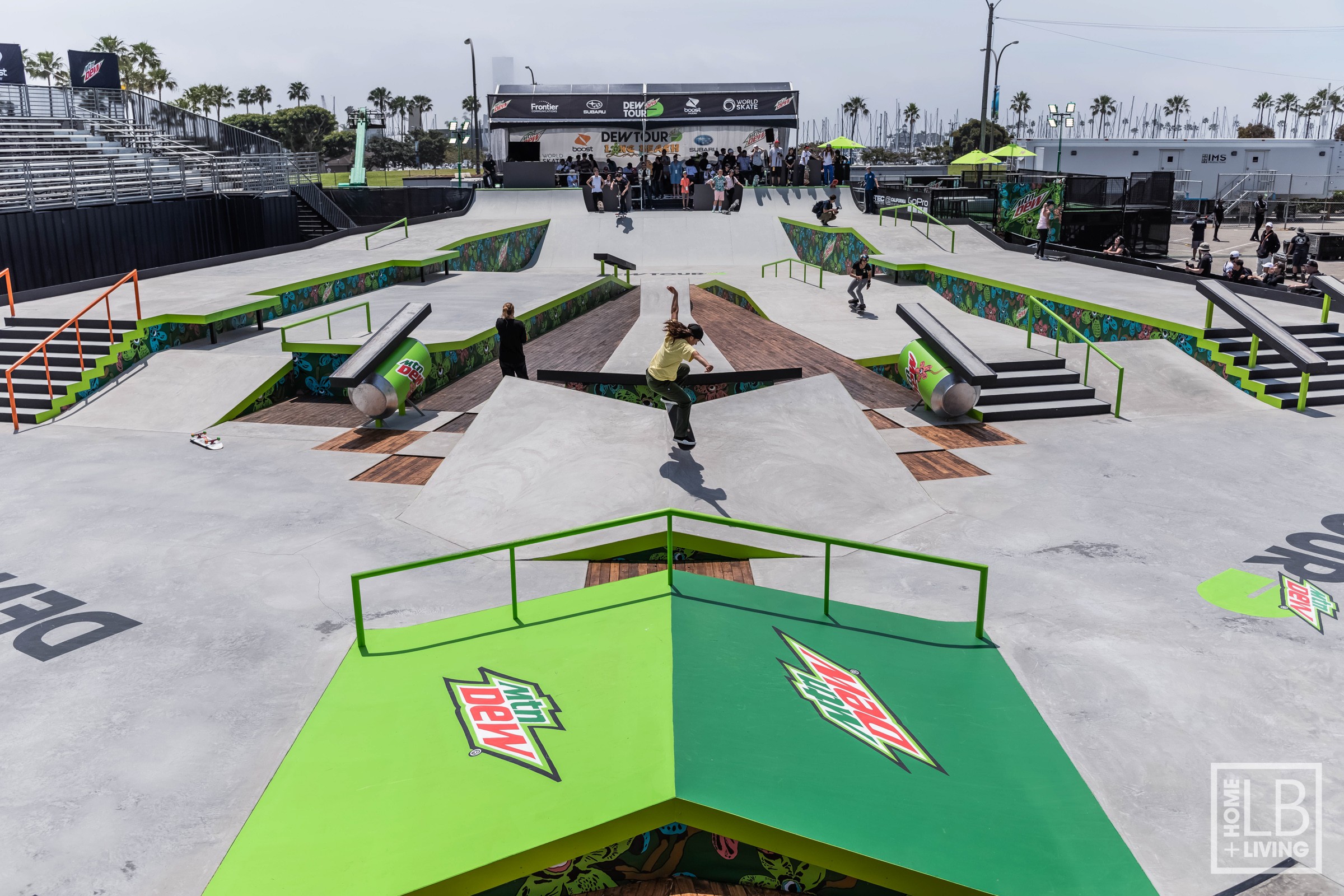 If you’re looking for something active, free and fun for the whole family then you do not want to miss the Dew Tour which kicks off this Thursday, June 13th at the Long Beach Convention Center.  There will be events each day that thins out the pack of talented skaters who will appear this weekend in events on both the street course and the park course. The opening event will be the Women’s Quarter Finals on the Street Course and later that night the men will take the stage for their event.  Friday and Saturday the men and women return for semi-final rounds and then Sunday the weekend skating competition culminates with the finals for the men and women’s street and park competitions.

Additional events that you won’t want to miss are the Boost Mobile Switch Jam in which skaters compete for cash on Friday, Secret Walls Art Battle on Friday, and Transworld Skateboarding’s “Battle of the Shops” Presented By Bones Love Milk on Saturday.  Make sure to stop by “Dew Tour On The Green” which will showcase craft beers, food, and music. There will even be a public skate park open throughout the event for local skaters to take part in the action and show off their stuff!

The weekend isn’t just about skating, there are also going to be a number of live musical performances on the Dew Tour Stage.  Blackillac, a duo of rappers from Austin, TX that have been spitting rhymes together since they were in high school. Fans love them for their slick freestyle and the chemistry they exude that only two friends who go back to younger days could possibly possess. Destiny Rogers will show off her unique blend of Pop and R&B; best known for her recent single Tomboy, she always knew she’d make an appearance on the Dew Tour but growing up she imagined it would be as a skater.  Eventually, her parents love for music would rub off on her and she’d find a voice of her own that she’s now ready to share with the world.  Los Angeles native rapper Hopsin will also make an appearance! He’s been rapping since 2003 and credits Eminem with inspiring him to become a musical artist.  His first album Gazing At The Moonlight was released in 2009; since then he has released 4 more, the most recent being No Shame in 2017.  There will even be a performance by the Long Beach Unified Drumline and a special live performance that they’re keeping under wraps.

Don’t let this weekend slip away.  Come out and experience the art, beer, food, music, and skating before it is gone!