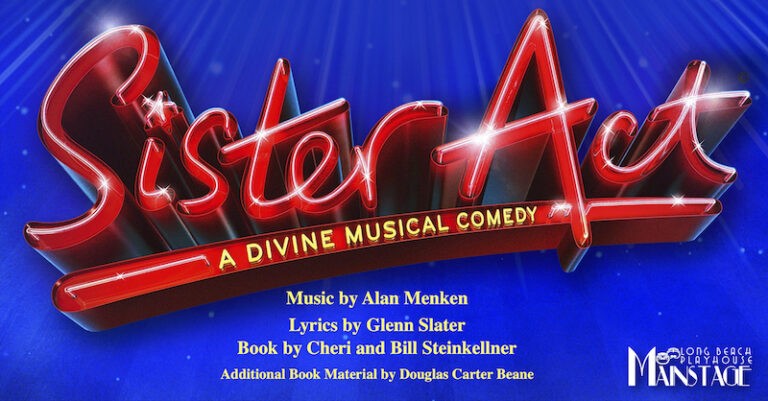 In 1992, a movie called Sister Act, delighted audiences with its plot and its soundtrack of classic rock and roll music. In 2006, that same story of a lounge singer

In 1992, a movie called Sister Act, delighted audiences with its plot and its soundtrack of classic rock and roll music. In 2006, that same story of a lounge singer on the run from her hitman boyfriend was turned into a musical. The rock songs were replaced with original compositions. The music was composed by Alan Menken with lyrics by Glenn Slater and book by Cheri and Bill Steinkellner and additional material by Douglas Carter Beane. The result is a delightful show with toe-tapping tunes that keep audiences charmed from start to finish.

“For more than a year, Long Beach, like the rest of the world, has lived in a pandemic bubble.  Most of us are more than ready to rejoin the world and Sister Act is the show we’re all ready to see,” said Sean Gray, Artistic Director for the Playhouse. “It’s a comedy infused with humanity and optimism. And, it’s great music delivered by an outstanding cast.”

Executive Director, Madison Mooney, said, “The show will go up right before Halloween and run almost until Thanksgiving. It’s the perfect show to usher in the holiday season. Underneath the music and hilarity is a message of community, good works, and friendship that transcends labels.”

Rovin Jay is directing the show. He’s a talented director (and actor) with a natural feel for finding and emphasizing the extraordinary moments in any show. In 2019, he directed the musical, Hair, in the Studio Theater. In 2018, he directed the show Flight on the Mainstage. His directorial skills are on full display in this production of Sister Act.