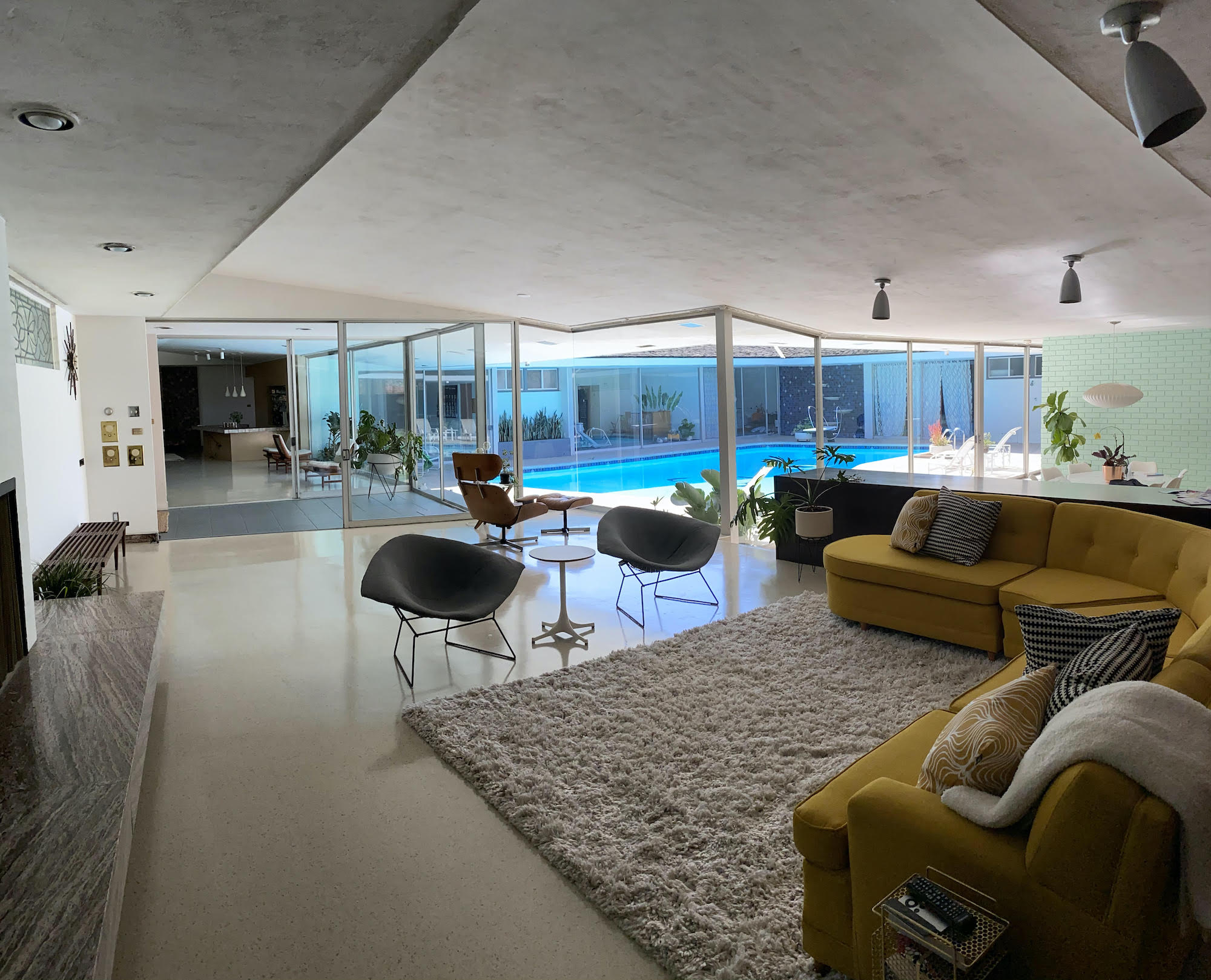 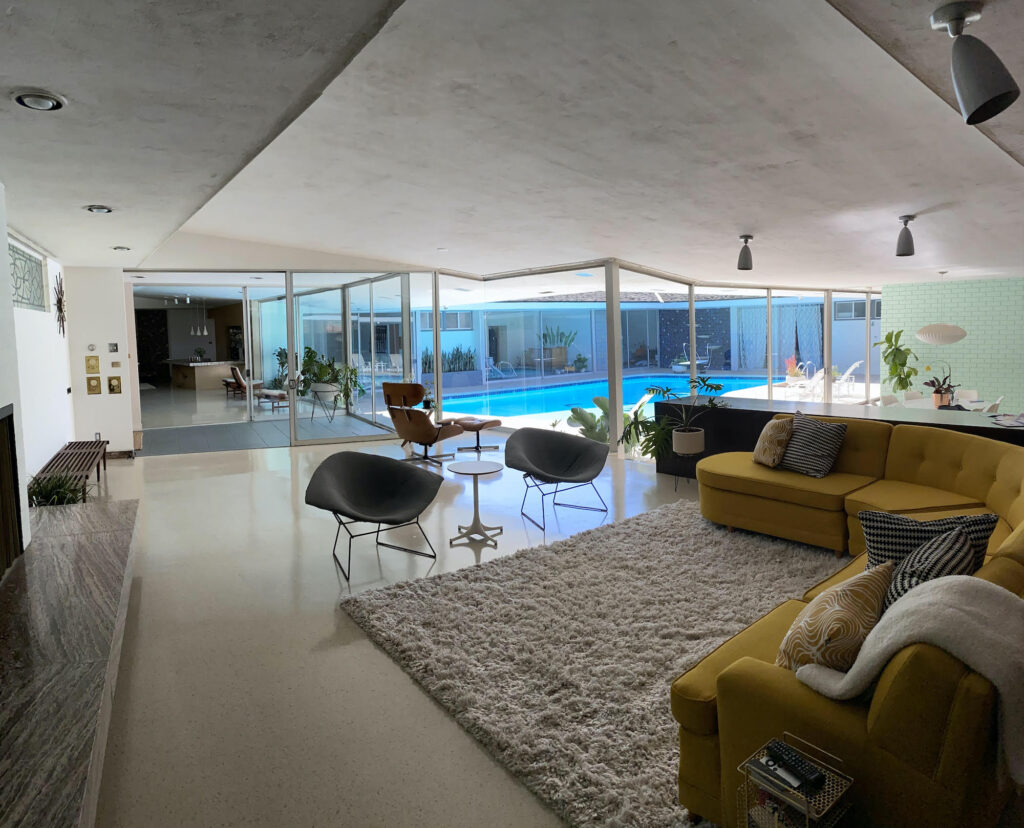 The Atkinson Brick House is a 1957 Mid-Century Modern custom home, which had laid forgotten for decades. Located on the Los Cerritos / Virginia Country Club border, the house has an incredibly unique layout—it’s literally built around a pool, with 360 degrees of floor-to-ceiling glass opening the house to the outdoor courtyard. Sounds perfect, right? Well, in December of 2018, when Ashley and Brian Scotto took the keys to this 4800sq foot spread, the radiant heat didn’t work, nor did the plumbing, in any of the five bathrooms, the 12v lighting worked when it wanted to, which wasn’t often, and much of the house was pink: the padded wall paper, the painted pool deck, the veneer walls! It was an extremely daunting project, especially for their first home. And while many would have gutted the house, and started fresh, this couple have embarked on a painstaking mission to restore the home, while living in it every step of the way. Join the Scottos during Long Beach Architecture Week as they share their restoration process, from the gems they discovered under multiple coats of paint and other various wall coverings to the hours and hours of research they have done to put this architectural puzzle back together again, all while running a business and figuring out parenthood with their 8 month old boy, Hudson.