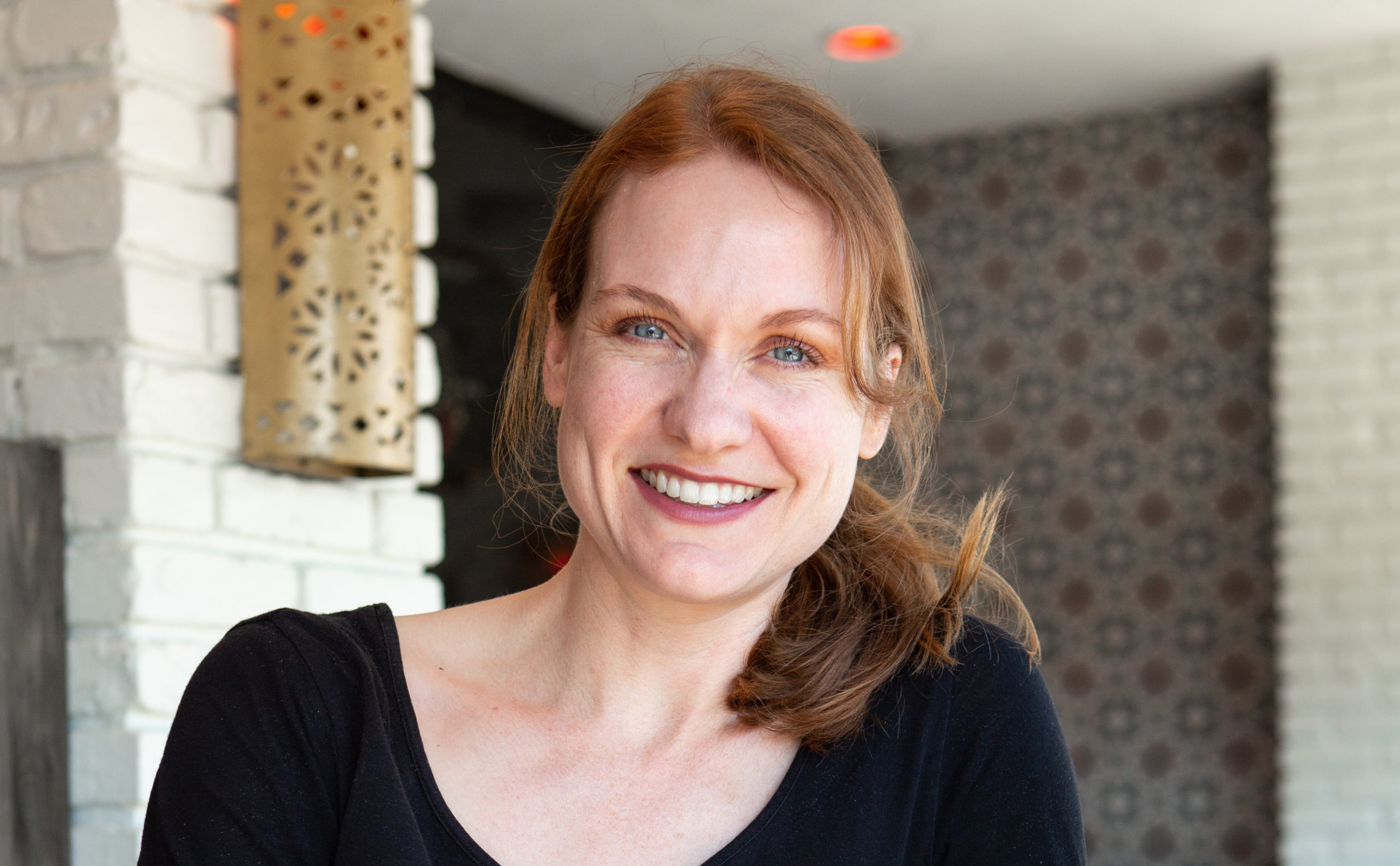 Mallory Farrow is not your run-of-the-mill restaurant worker. She’s got uncanny observation skills, anticipating customers’ needs before they arise. She’s got a live-for-the-moment mentality. She’s got jokes. In fact, she created her first comedic feature film as a rogue 9-year old, having grown up on a healthy dose of I Love Lucy reruns. And really, who hasn’t embraced the Ricardos? But Mallory didn’t just enjoy the sketch comedy format, she went on to study communications and film, attending CSULB. Not as a child prodigy, but still, double major.

As she got into the world of restaurants, Mallory found it lent itself perfectly to a flexible schedule for pursuing comedy on the side, which also provided a bit of release at the end of a mentally and physically stressful day. She recruited coworkers to get on stage as well. She still does.

“I started off working at Frisco’s as a server, but eventually a girlfriend lured me over to Open Sesame and I’ve been there for ten years now,” she said. “It’s like family to me there. The staff is close, the environment and the people, it fosters discipline but also creativity, like people encourage each other to pursue their passions outside of work. It’s a great culture.”

In 2011, not long after starting at Open Sesame, Mallory experienced a setback in the form of a brain injury. Her motor skills were directly impacted. Fortunately, her dad, who has a flair for the martial arts, was her rehab coach and helped her physically get back to normal in a few months. But what loomed was a larger issue–the mental recovery and depression–which is where comedy really helped.

“I not only use my recovery experience in my comedy, which is part of my own personal survival, but when I did a show recently I made sure proceeds went to help the Guidance Center in Long Beach, which supports mental health. I really wanted to give back after realizing the struggles people go through, considering my own,” she shared.

Not only did Mallory have an affinity for Lucille Ball growing up, but Ricky as well. “I married a Hispanic man, and I don’t think that was coincidence,” she said, amused. She has since embraced the native language and learned Spanish well enough that she sometimes performs stand-up in Spanish and showcases other Spanish-speaking talent. “I think it’s important to show respect of other cultures and to be a bridge between them as well.” Her next Spanish-centric show will be in Downey, where the local venue gives back to a charity in town. “I think proceeds go to an organization that supports art for youth, which is great.” When asked if she has plans to support other organizations or focus on mental health she shared, “Whatever feels right at the moment, really whatever makes sense.”

Mallory sees her philanthropic work as part of our natural human fabric. “Giving back is what we need to do, it’s fulfilling, whether it’s monetary or something else. I like the fact that in making people laugh, I’m contributing to their mental health in a positive way.”

Her next effort will likely be a joint fundraiser with a friend, to benefit efforts reducing human trafficking. “Ultimately, however we can help others out, that’s what matters. Plus, it’s all about your passion. You just gotta keep moving forward toward your dreams.”

And that’s no joke.