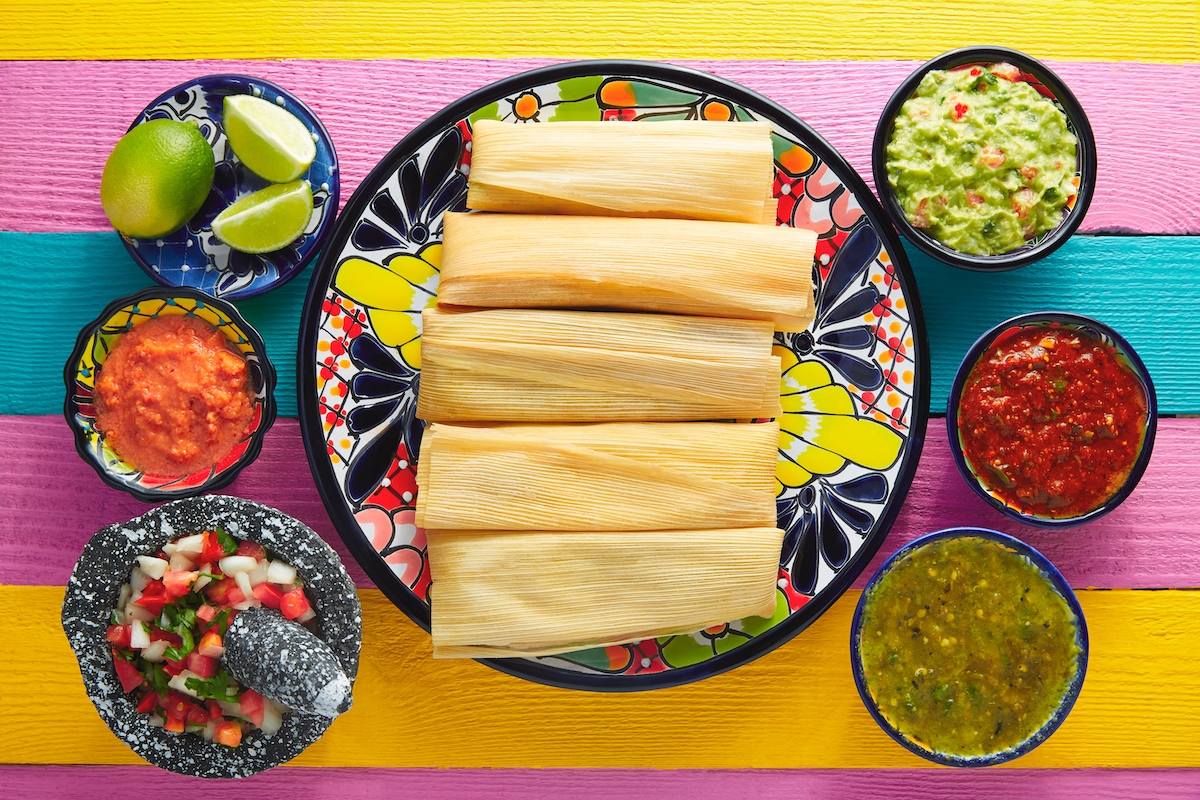 The beloved tamale, one of the most important Latin American contributions to the culinary arts, has universal appeal. Made from a dough or masa, then wrapped in banana leaves or corn husks, they are regionally distinct, as cultures throughout Mexico, Central America, South America, and the Caribbean imbue their recipes with local ingredients and flavors. While they have become a holiday staple, as well as a contemporary gourmet fad, the tamale has ancient roots, may have even predated the tortilla, and was essential in the development of Mesoamerican civilization.

We really cannot separate the history of the tamale from the domestication of maize. Just as the cultivation of rice in Asia and Wheat in the Fertile Crescent (the middle east and North Africa) accelerated the development of civilization, so too did the cultivation of maize in Mesoamerica. While it is believed that early domestication of maize began in the areas of Mexico and Central America as far back as 9,000 years ago, the full domestication of corn may have happened in multiple areas of Mexico, Central America and South America at different times throughout the last 6,500 years (Kistler et al.) The ancestor of maize, known as teosinte had a hard shell, making it difficult to eat. Archeologist believe that ancient farmers, most likely women, noticed and cultivated a mutation that eliminated the hard shell, thus giving rise to maize.

The root word for tamale comes from the Nahuatl word tamalli (Hoyer, p. 8). Archeological evidence suggests the tamale was one of the primary foods of the Mesoamerican diet (Taube). Some of the earliest evidence of tamales comes from a depiction in the Mural of San Bartolo in Petén, Guatemala, a Mayan archeological site that dates to 100 AD, although it is likely tamales predate the mural (Saturno). Early Spanish records note that the conquistadores were introduced to tamales through the indigenous people they encountered (Hoyer, p. 8). One of the earliest written accounts of the tamale comes from the Historia General de las Cosas de Nueva España (General History of the Things of New Spain). The volumes were completed in 1555-1557 by Franciscan missionary Fray Bernardino de Sahagún, who arrived in Mexico only 8 years after Hernan Cortés’ conquest of the indigenous peoples of Mexico. Bernardino references tamales multiple time in the text, including recipes and even taxes on tamales.

Mesoamerican cultures, such as the Olmec, Toltec, Maya, Aztec and perhaps even the Inca of Peru used the tamale as a food staple in general, but also to support their military, hunters and travelers (Hoyer, p. 8). Much of the importance of the Tamale comes from its portability. The ability to easily transport food and feed large groups on the move made it easier to build larger empires, disseminate ideas and share culture. Mesoamerican cultures also associated corn and tamales with various gods and important rituals. For example, every eight years the Aztec celebrated the feast of Atamalcualiztli (eating of water tamales). During the seven day celebration, only unseasoned plain tamales soaked in water could be eaten. The ritual was meant to revitalize the food for the next eight years (Aguilar-Moreno, p. 372-373). The tamale was eventually appropriated to become part of Spanish cuisine and tamale making transitioned to become an associated ritual with Catholic holidays, most importantly, Christmas.

Today, variations of tamales can be found all over Latin American, the Caribbean and other former colonies of Spain, including Mexico, Guatemala, Belize, Nicaragua, Peru, Cuba, Puerto Rico, Dominican Republic, Trinidad and Tobago, the United States, Philippines, Guam and many others.