Resources to Ease the Transiti.. 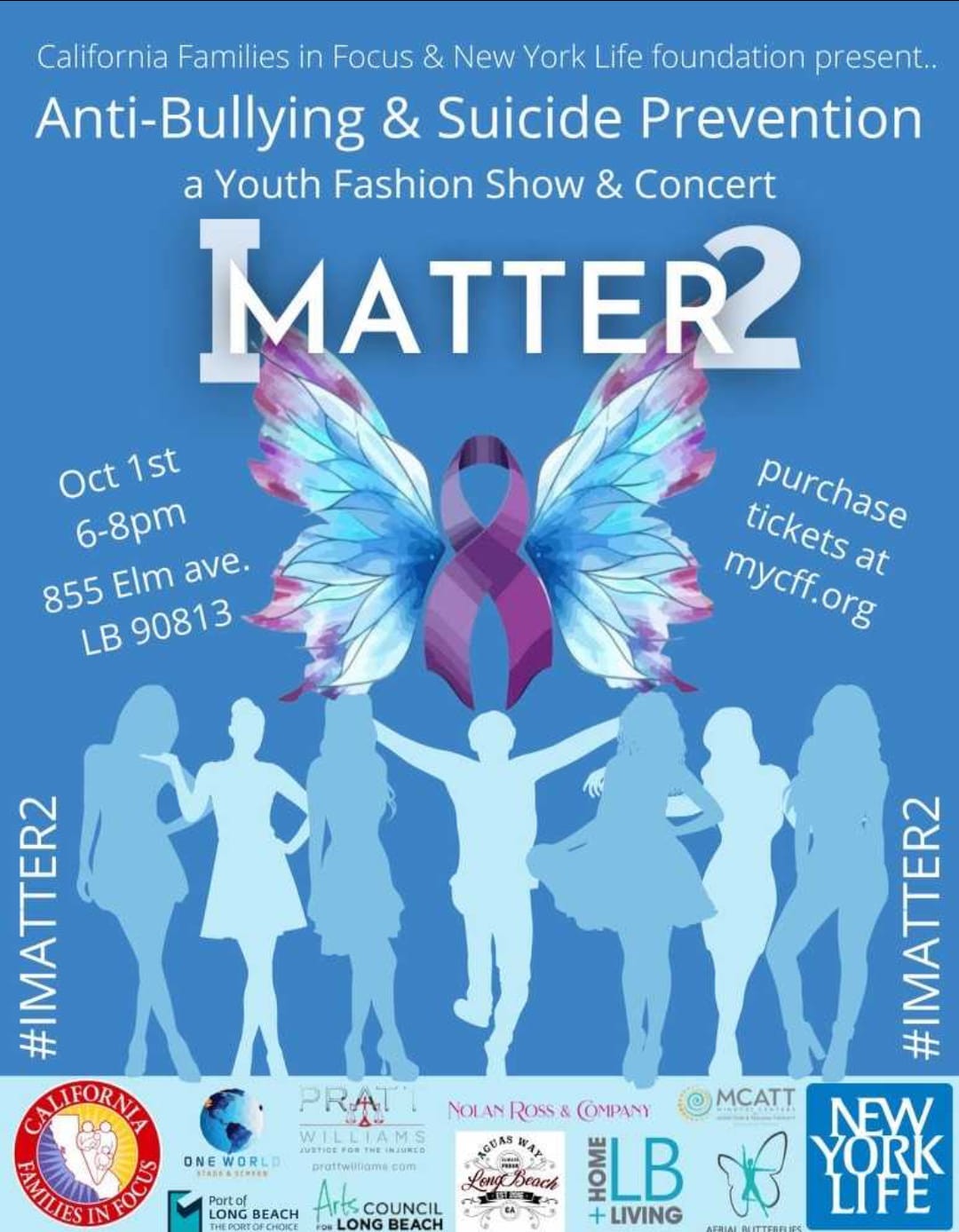 According to Executive Director Tracy Fuentes of the non-profit California Families in Focus, the I Matter 2 Youth Fashion show and concert event was conceptualized by survivors of suicide and bullying. As a way to bring attention to the severities of both of these prevalent issues, the “I Matter 2” event incorporates creative mediums such as Music and Art, as Fuentes states on the California Families in Focus web page being “a fun way to not only offer resources but to highlight our youth’s talent and show them how special they are and that they Matter.”

In terms of non-profits, California Families in Focus emphasizes their importance of creating events, such as the I Matter 2 Fashion event, that inevitably inspire, uplift, and inform youth families and overall communities. In collaboration with New York Life, Lions Club, and the Port of Long Beach, the annual event will kick off on October 1. It will include live music and a fashion show at 855 Elm ave. Long Beach, CA from 6-8 pm. In addition, the fashion show will be featuring and amplifying the talents of up-in-coming designers who have survived the harms of bullying and suicide. For the featured designers, UCLA Theater and Costume Design students Citlali Bernal and Maria Tejada, the opportunity to construct their own garments for the “I Matter 2” event is more than a reward that displays their works but commemorates the importance of life and supporting those in need. Ultimately, they’re grateful for organizations such as California Families and Focus.

According to the American Foundation of Suicide Prevention, back in 2019 it was estimated that 1.38 million Americans attempted suicide and about 47,511 of those cases resulted in deaths.

“I think that California families and focus are doing something amazing, by putting on these events in communities where people don’t have that many resources when it comes to suicide prevention and anti-bullying,” Tejada said.

As a way to imprint a message with their designs, Tejada and Bernal were asked to create 10-12 designs while incorporating the colors teal, purple, and powder blue, which symbolize suicide prevention and awareness.

“This year, they chose butterflies and daffodils for the theme. And I honestly respect that because they represent rebirth. I feel like anybody can start from the bottom and get back to the top,” Bernal said.

Having competed and won in the last I Matter 2 fashion event, the two young designers are appreciative to have worked with each other again and are ecstatic to see their beautifully constructed designs grace their way down the catwalk… Especially since they’ve had to wait almost two years for the event to return due to Covid-19 restrictions.

“We’re both fashion addicts. So, we’re always sending each other stuff and showing each other ideas of doing photoshoots with each other. But this is different, because it’s for an important cause we both have experience with. And we both have, I don’t want to say a story to tell, but a story to talk through art,” Tejada said.

In addition, the event will also be streaming live via zoom. For further information or details regarding the event or information about California Families in Focus, be sure to visit…