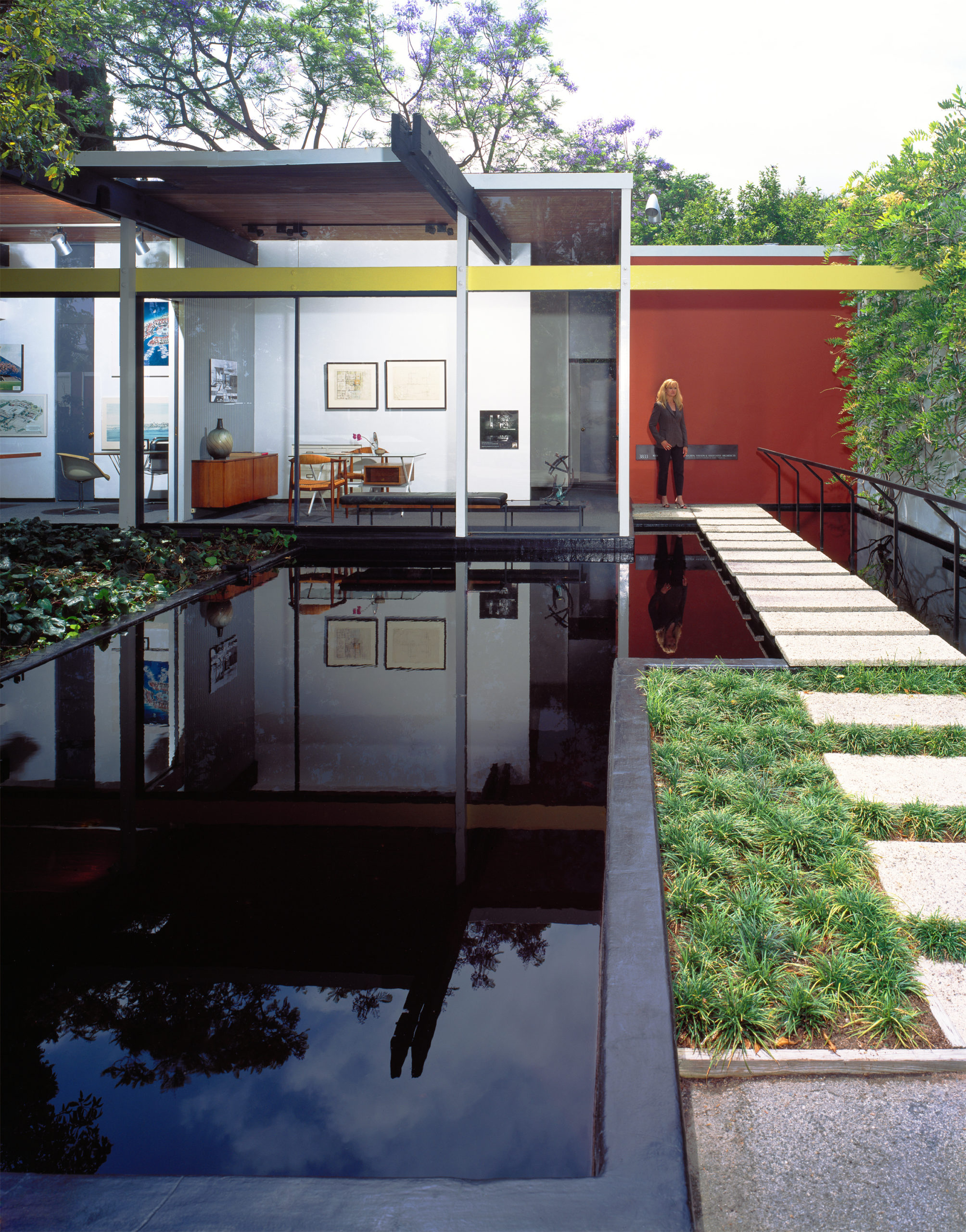 Kelly Sutherlin McLeod, FAIA, is the founder and principal architect at KSMA Architecture, Inc. (KSMA). Her firm provides full architectural services from concept design through construction and oversight. KSMA is located here in Long Beach, in Edward A. Killingsworth’s original architectural offices, a building that was recognized by the National AIA with the Award of Merit in 1956. As a long-term Long Beach resident, Kelly has served on a number of city commissions and is committed to serving our community. An adamant supporter of arts and education, Kelly continuously gives her time and expertise, especially here in Long Beach.

In fact, I know Kelly through her participation and support of arts programming at California State University, Long Beach. I’ve worked with Kelly on several events and programs where I have asked her to give talks, help support educational programming and open her offices for visitors, as she is doing for Long Beach Architecture Week. She loves our city and continuously gives back in so many different ways. In some sense, her commitment to community and her work in architecture are related, as much of her professional accomplishments are in the field of historic preservation and the protection of our community’s cultural assets.

Her list of accomplishments is extraordinary and her nationally recognized work has had an enormous impact on the architecture field. Kelly was the first female recipient of the prestigious Gamble House Scholar-In-Residence Program when she was an architecture student at the University of Southern California. She was also the first female recipient of the University of Southern California School of Architecture Distinguished Alumni Award in 2015, one of the most prestigious architectural honors in the United States. Her work and advocacy in heritage conservation and historic preservation has helped integrate the art and science of conservation of place, culture and tradition into mainstream architecture and planning. Kelly has helped set new national standards for best practices in architectural preservation.

Most notably, Kelly is recognized for her award-winning preservation work on Charles and Henry Greene’s iconic Gamble House in Pasadena. The Gamble House is considered to be one of the most important works of domestic architecture in the country, right up there with Frank Lloyd Wright’s Fallingwater. She has become the expert in the preservation of the two brothers’ distinctive Arts & Crafts-period homes. Not long ago, I was watching an episode of the PBS series Craft in America that was focused on the work of Greene and Greene, and there on my screen appeared Kelly, talking about the Gamble House. Other notable Greene and Greene properties her firm has worked on include the Robert Pitcairn Jr. House and the Caroline de Forest House, as well as the Jennie Reeve and Adelaide Tichenor homes, respectively, with the last two located right here in Long Beach. Kelly’s firm also oversaw the preservation of the Japanese house at the Huntington Library, Art Collections, and Botanical Gardens. The Greene brothers looked to the architecture of Japan to inspire their own wooden structure, and Kelly has had a long-standing interest in the art and architecture of Japan. She was a natural choice to oversee the project. In 2013, her work for the Huntington received six major preservation awards.

Kelly’s preservation work isn’t limited to premodern wooden structures. She has a keen interest in building materials from different periods, including premodern and postwar construction materials. On a recent visit to her offices, I asked about a large set of meticulously organized and labeled terra-cotta roof tiles that were laid out on a table. Kelly explained that she and her staff had been analyzing the different roof tiles for a current project. I am an avowed architectural-preservation lover and I had a little architecture geek-out moment when she explained what they were doing. I’ve actually had several of those moments talking to Kelly over the years.

Her dedication to “getting the details right” extends to all projects, including  the conservation-based restoration of her offices, originally designed and occupied by the celebrated Long Beach architect Edward A. Killingsworth, FAIA. This project is a true labor of love, as Kelly was a longtime colleague, friend, and protégé of Killingsworth. Kelly and her team completed phase one of the restoration master plan in 2012.

If you have driven by the property lately, you can see that Kelly and her team are currently implementing phase two of the preservation plan for the building and landscape. This didn’t happen over night, as Kelly has been planning this for a long time. Three years ago, when I was working with a fantastic community committee to organize the first Long Beach Modern Home Tour for the University Art Museum, Kelly took me on a tour of her offices and talked about her plans. She is honored to be the steward of this landmark structure. We talked specifically about the large sliding glass doors, which are one of the signature elements in many Killingsworth buildings, and the difficulty she was having finding a craftsperson who had the knowledge and skill to do the necessary repair and restoration of the original  sliders, with their expansive panes of glass and slender steel frames. Three years later, that work is finally being completed.

Kelly utilized these skills when she completed the preservation work on Richard Neutra’s 1953 Hafley house in Park Estates, one of only a few Neutra houses in Long Beach. Luckily, she had access to Neutra’s original plans and original correspondence between the client and the architect. Like the Greenes, Neutra was an architect that Kelly can identify with, as he paid meticulous attention to details in his plans, providing Kelly with a fairly clear roadmap for restoration. This project was another lesson in materials, as the home had originally used Formica in the kitchen and bathrooms, fiberboard and Masonite. Who would have considered the preservation of Formica and Masonite? Kelly did. There were also missing light fixtures that Kelly could not source for a reasonable cost, so she had them fabricated to match the original lighting design. The results are beautiful and subtle. This project garnered no less than six preservation awards, including Modernism in America awards from Docomomo US and an American Architectural Award from the Chicago Athenaeum Museum of Architecture and Design, and The European Centre for Architecture Art Design and Urban Studies.

While Kelly’s work takes her to many places around the country, she still calls Long Beach home and she is deeply rooted in this community. She continues involvement in civic projects and organizations around the city and you can see her work in several preservation projects. As a full-service architecture firm, her practice designs new construction and adaptive reuse projects. The KSMA team’s strong reputation is based on providing clients with creative and innovative design solutions. Luckily for Long Beach, our community gets to be the beneficiaries of Kelly’s commitment to community and preservation.