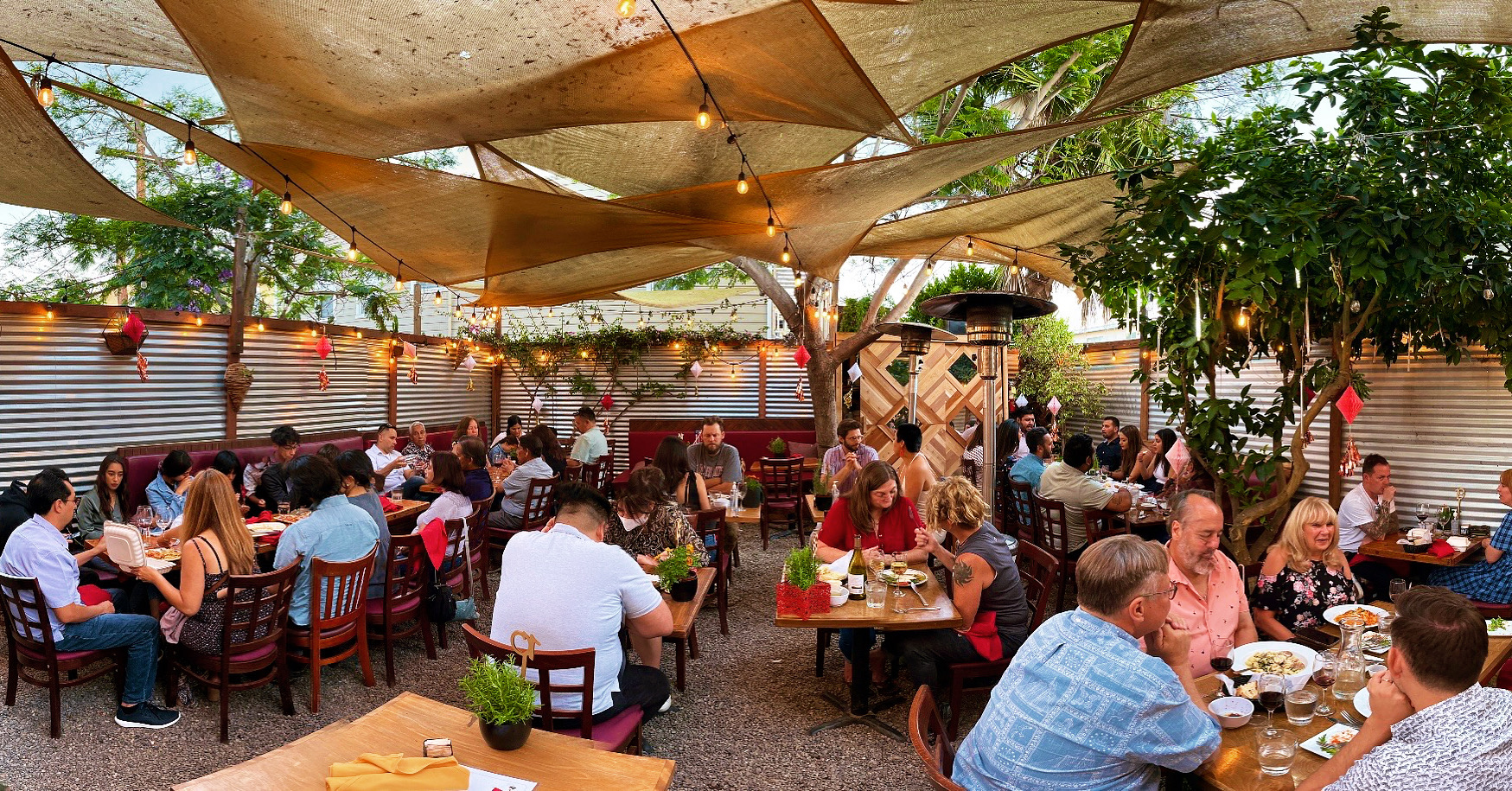 Summer is for Barbecues

As you waltz down Fourth Street, you’ll find that most of the energy is concentrated between Cherry and Junipero. The Art Theatre. The trendy restaurants. The extravagant thrifting. The excess in Boho-chic. And of course, La Tarantella Osteria. It’s a humble Italian joint that’s nestled between the Hangout and Little Coyote. The space is embellished with custom woodwork and Italianesque wall paintings, and the air is almost always buzzing with activity. There’s a flamenco guitarist strumming away in the cozy back patio, cooks maneuvering pots and pans on all burners, and servers pouring glass after glass of wine. It’s like a dance. Frenetic, yet elegant. Like a tarantella.

La Tarantella Osteria opened in October 2019 with Dr. James Schmidt and Juan Carlos Canales being the primary visionaries for the business. Dr. Schmidt was a farm boy in Ohio, who moved to California to get a doctorate at UCLA. After becoming quick friends with Canales, Dr. Schmidt saw the potential in his experience with Italian restaurants and decided to invest in a business with him. Canales, on the other hand, was born in Mexico City, moved to California and found himself among the Italian food community. He quickly picked up the Italian language, becoming fluent in many dialects including Sicilian and Calabrese. He started work as a busboy, finding himself at Antonello’s in Costa Mesa’s South Coast Plaza. After which he was referred to work at Downtown Long Beach’s L’Opera in 1990. From there, he moved on to Café Sevilla, then as a bar manager at Stefano Colaiacomo’s da Vinci Ristorante, Raffaello’s and Trusela’s in San Pedro, and finally back to Long Beach with La Tarantella Osteria resulting in over thirty years of Italian restaurant experience.

I sat down with Canales, and his wife Megan with a glass of wine in hand. Megan was eager to talk about their beginning and started the conversation. “Before we got married—before 2015. I said no restaurants. Three years into our marriage—at the time I had a regular office job—he came back home after a night with his buddies, and he said, ‘Guess what?’ I said—again—no restaurants. And he said, ‘Just let me show you the place.’ After we went by and saw the space, I immediately signed off and the rest was history.”

The building was constructed in 1915 and was in the mix of Retro Row’s most highly trafficked area. With Dr. Schmidt’s skill in woodworking and Canales’ Italian restaurant connections, they worked together to fashion the space into their own vision of what an Italian place in Long Beach could feel like.

Canales filled much of the staff with people he worked with in the past. Most notably, Chef Cornelio Ramos and Pastry Chef Nelly Reyes, both of whom worked at L’Opera throughout the early 90s while Canales was there. Chef Ramos learned for over twenty years with Stefano Colaiacomo, picking up many techniques and recipes, with a focus on Roman cuisine. From there, he gained knowledge of other regional Italian cuisines and continued to iterate, crafting both authentic Italian cuisines, while also experimenting with local ingredients resulting in dishes such as lamb with tamarind glaze or mango carpaccio. “Our menu is a mix,” said Canales, “A little Franciscan, Calabrian, Rome, and Long Beach.”

I asked them what dish they’re most proud of and Canales mentioned the linguine pescatore. It’s a dish comprised of fresh linguine, roasted garlic and white wine tomato sauce, fresh clams, mussels, shrimp, scallops, and calamari.

I’m personally a big fan of the Ragu di Cinghiale which is pappardelle pasta topped with a wild boar ragu and garlic basil sauce. The fresh pappardelle has a toothy bite while the ragu is bright, savory, and has a meaty depth that isn’t gamey.

As for Reyes, she hand makes most of the pasta, bakes the bread, and crafts all the dessert including panna cotta, cannoli, and tiramisu. Reyes is also given some room to jive, concocting variations on the classic desserts such as Nutella tiramisu.

Moving forward, they want to do more events. Including catering, wine tastings with sommeliers, an Instagram photo booth, and gelato on the parklet. “We close on Mondays. Every other night there’s music. Covers, jazz music, classic Flamenco guitarist, Italian accordion music,” said Canales, “music and dance…it complements food and wine.” 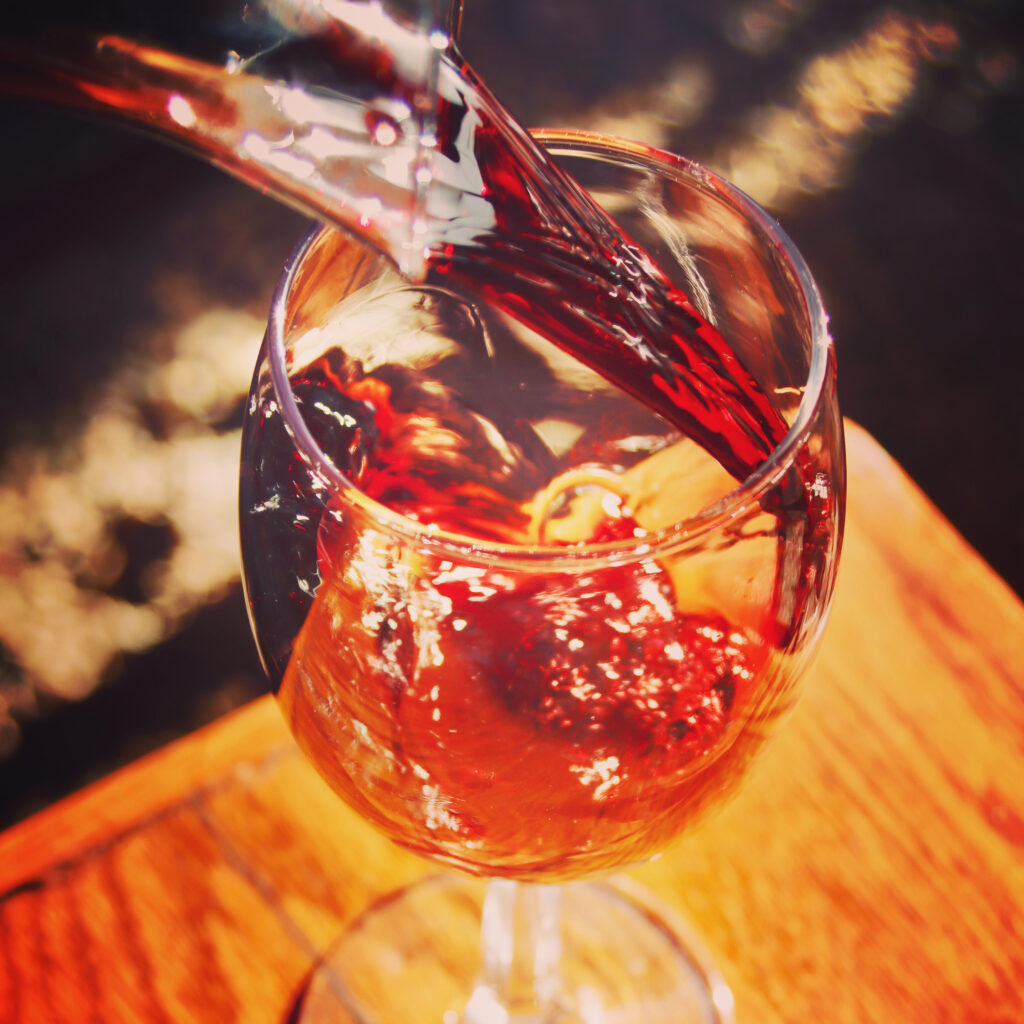 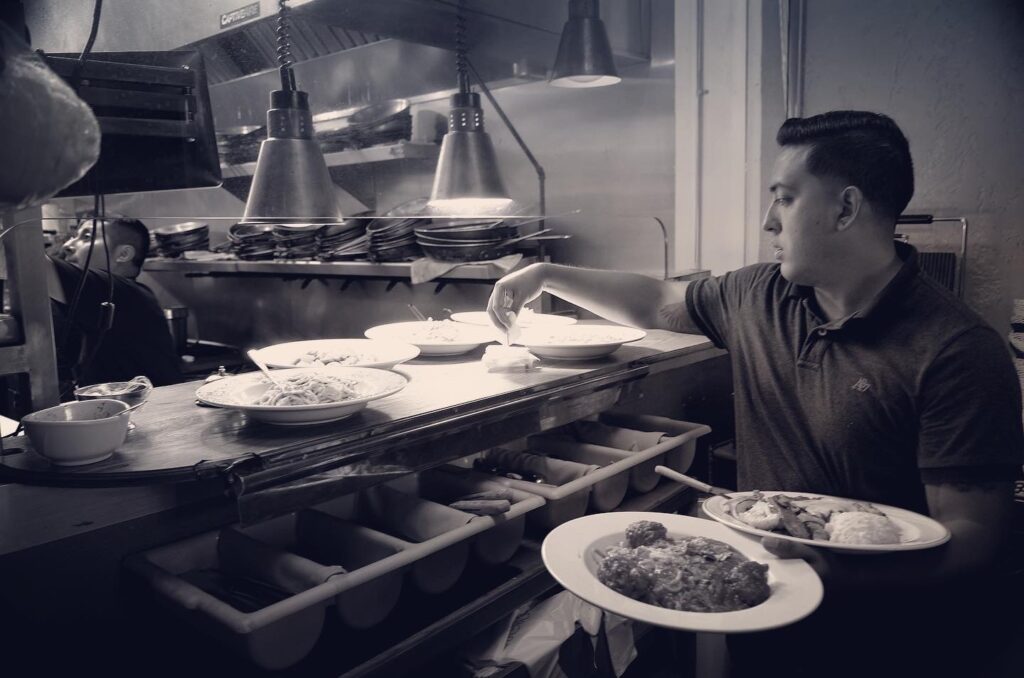 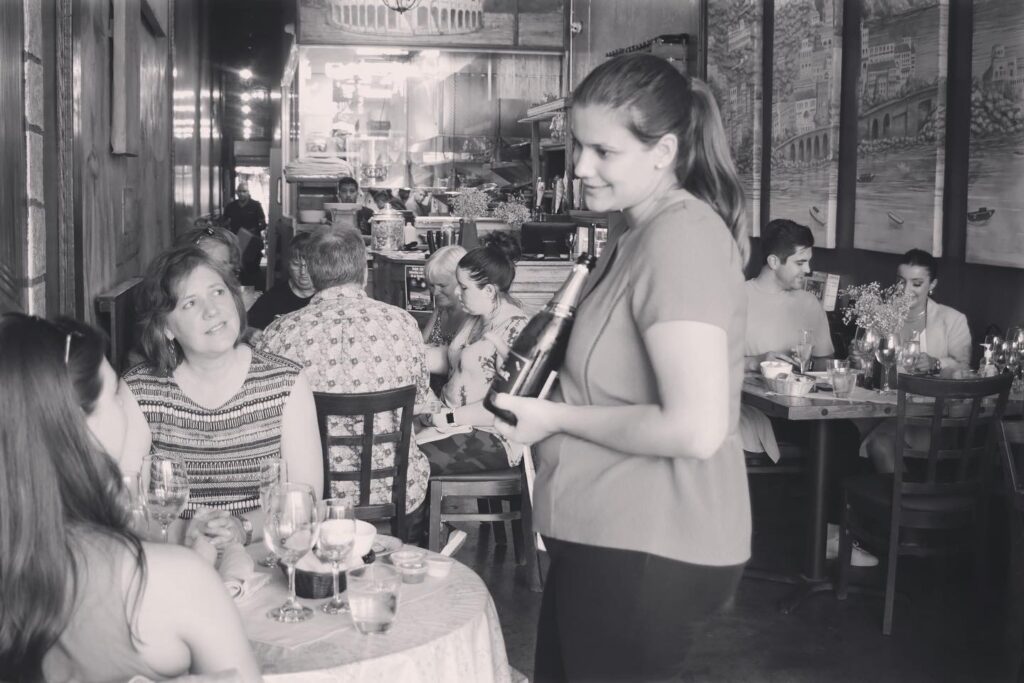