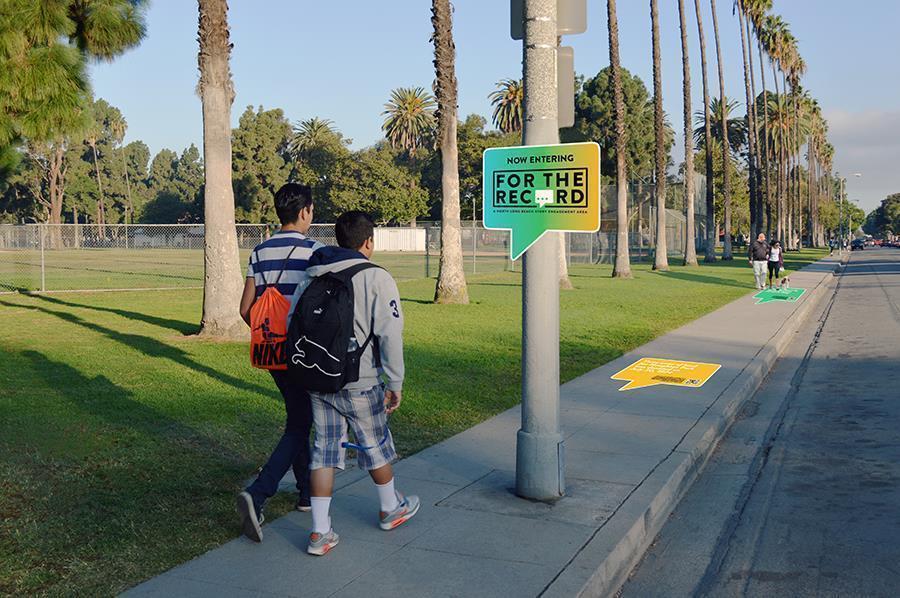 Started in 2017, For the Record aims to broaden the story told about North Long Beach by highlighting lesser known events and people who have shaped the city and neighborhood. A series of decals along Atlantic Avenue will reach as far back as 1784 to tell the history of North Long Beach. For the Record’s digital home at lbtimeline.com delves into even more detail, with photos and cited sources for those who would like to learn more.

By engaging with the North Long Beach community in the places and spaces they frequent every day, For the Record seeks to empower local residents with knowledge of the history that surrounds them. Though the area has not traditionally participated in mainstream types of historic recognition, such as designating buildings as historic landmarks, this project looks to instill preservation values within the community through a fresh approach.

“Long Beach Heritage looks forward to continuing the incredible work poured into For the Record,” stated Sarah Locke, executive director of Long Beach Heritage. “As an organization dedicated to preserving the uniquely diverse character of our city, we are excited to steward this project and invite the public to contribute their support to bringing it to life.”

The campaign to raise funds for For the Record is a centerpiece of Long Beach Heritage fundraising efforts from now through July 18. The installation’s projected completion will be the end of summer. To donate, visit  www.lbheritage.org/get-involved/donate/for-the-record/