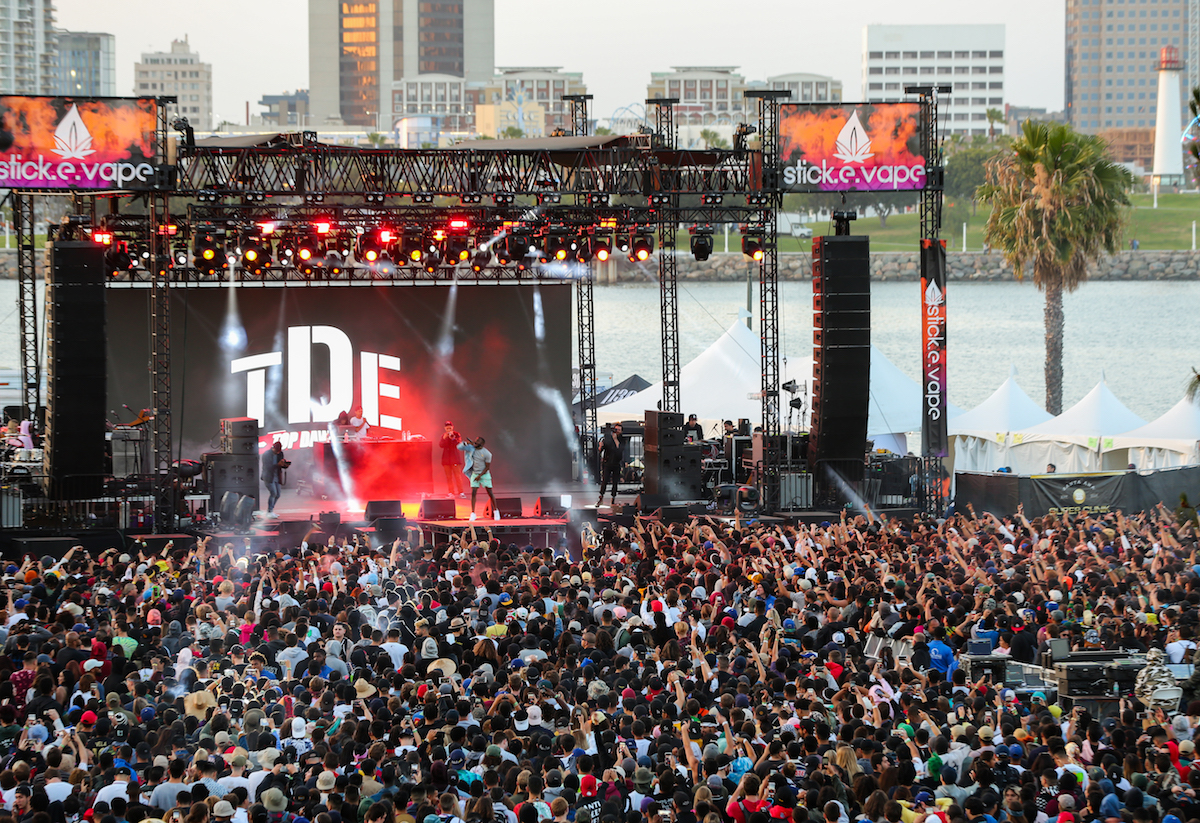 As a Long Beach Native, I did not know what to think with the upcoming festivals to be held at the Historic Queen Mary. The first thing that popped up though was foreign foot traffic. Long Beach has such a great diverse music and art scene that is thriving, do we really need an external entity coming in with acts such as YG, CUCO, Kali Uchis, Rebelution, NAS, or Kid Cudi? What will that do to our current Do It Yourself music scene where we thrive off more underground shows in dive bars and smaller venues?

Golden Voice (Organizer of Coachella and Stagecoach) partnered up with Urban Commons, the current leaseholder of the Queen in 2017. They will work exclusively on future events inside and outside the Queen Mary but expect veteran music events like Shipkicker, Rock the Queen, Tropicalia and Summertime in the LBC to return.

The first thing I noticed was the transportation. There were multiple shuttle stops scattered throughout downtown which made it super easy to get to the festival. Everyone from Long Beach knows how rare it is to find parking so structures and pop up parking lots were essential. While I have attended events in Los Angeles I was expecting structures to be charging a minimum of $20 per spot, here in Long Beach it started at a mere $5. On the shuttle, the bus driver blasted old school west coast classics and everyone sang along as we crossed the bridge onto the Queen Mary lot.

We get off, lines were short and everyone who was on my shuttle was in the festival within 10 minutes. You walk into a perfectly crowded event with people split between the dining area, on the fields, picnic style, or dancing in front of the stage. Even walking around was fun to get from one stage to another you had to travel through a street art infested tunnel that even to a long beach native would come as surprise. One thing festival will hopefully embrace more is art. With festivals Like Pow!Wow! and Music Taste Good surfacing, Goldenvoice would be wise to put out art calls in order to collaborate and be inclusive to the community.

All in all, Goldevoice has given Long Beach and surrounding cities a great opportunity to experience and be part of the pop culture that is immensely influential to our youth and for the finale of the first day of the festival they gave us the much-anticipated performance of Wiz Khalifa’s, Kush and Oj. What a better way to end a Saturday night than with warm synths and a west coast bounce that brought back memories from 2010 as people lit their Backwood.

For $80 you can see some of today’s most sought-after artists and have a window into today’s youth. I heard things like “I love Long Beach we should come here more often” “it is so much cheaper than Los Angeles.” So, while my question rose earlier attending the festival answered it, these festivals help local business by bringing foot traffic and will give people insight on what is happening in the creative world in Long Beach.

The Must-Do Pride Events This Weekend!