The first time the Indigenous heritage was celebrated as a holiday in America was back in May 1916, in New York. Established by the Blackfeet Nation member Red Fox James, who sought approval from 24 states in order to properly establish the day. It wasn’t until 1990 that the single day was extended to a month by President George H.W. Bush.

In that spirit, it is time that Long Beach focused on celebrating the Kizh, the Native American tribe who settled here in Long Beach before anyone else.

Most people know this tribe by the name Tongva, or by Gabrielenos, but both of these are names that have been disputed by the tribe in recent years. In a statement written by the Gabrieleno Band of Mission Indians/Kizh Nation, they state that they no longer wish to be known by the name Tonga, but instead Kizh. The reason for this is because of the origins of the name “Tongva.” 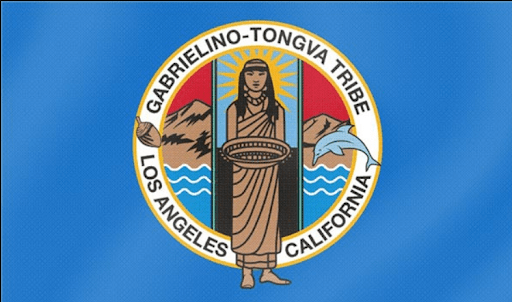 When the Spanish first settled in the New World, they first changed the name of the natives living there, calling them “Gabrielinos.” Unsurprisingly, this name is in contention, as many natives refuse to be called by the name their conquerors gave them, however it is still generally used to refer to the natives settled in the region. It wasn’t until the 80’s and the 90’s that the term “Tongva” began being used. The Kizh contest that the name “Tongva” was mistakenly attributed as the name of the tribe after a man named C. Hart Merriam interviewed a tribal member and she provided the name of her village, Toviscangna,  instead of the tribal name. Merriam, presumed unfamiliar with the native language, then misspelled Toviscangna to Tongva. Because of this, the Gabrielino Band of Mission Indians state that they wish to instead be called Kizh, which is in reference to the tribe’s native language. In their words, using Kizh allows them to“refer to themselves with a name which originated with their own language and which is the closest thing to a pan-tribal name that was used by their ancestors historically.”

However, knowing the name of the tribe is only acknowledging them on a surface level. All native people’s history goes far deeper than even when colonizers first landed in the Americas, and the Kizh are no different.

The Kizh territories, prior to the settlers arrival, bordered those of numerous other tribes, namely the Chumash and the Acjachemen. These territories made up the coastal region of what is now LA County, all the off-lying islands, and part of northwest Orange county. They developed a very extensive trade system with their neighboring tribes using canoes or other row boats, trading mainly minerals like soapstone.

By the time the Spanish arrived on the California shores in 1542, they eventually discovered the Kizh. The first conquistador to trail the California coast was Juan Rodriguez Cabrillo, who prior to this, Cabrillo had set sail with Cortez in his youth and had enslaved many indigenous for labor. As they landed at what is believed to be San Pedro Bay, the settlers nicknamed it Baya de los Fumos (Bay of Smokes) because of the many smoke fires they saw there, fires which were being used by the indigenous to smoke their fish in order to preserve them. Despite their best efforts, the Spanish would fail numerous times to establish an official or trading settlement due to the logistics of travel and weather conditions.

Long Beach Airport’s Festival of Flight is Back!

They would finally succeed almost 200 years later with the expedition of Gaspar de Portola. It was during this expedition that the Kizh people were then used as slave labor to build the the Kizh people later on would be enslaved to build the Mission San Gabriel Arcangel. Despite the fact that the Spanish monarchy had already decreed the same year Cabrillo landed that “As We have ordered provision to be made that from henceforward the Indians in no way be made slaves, including those who until now have been enslaved against all reason and right and contrary to the provisions and instructions thereupon.” During the construction, members who managed to escape would then travel to neighboring tribes that remained out of Spanish control. There is also some mention of an unsuccessful revolt attempted, but the validity is still being disputed between oral history and the Spanish documents.

After the mission was completed in 1771, the Kizh tribe was included 80 years later in the treaty meant for the U.S government to set aside 8.5 million acres of land for various tribes . Treaties that were made, but never ratified, and became known as the 18 Lost Treaties. Disputes over these treaties continued for over a hundred years, demanding that the promise be kept. It wasn’t until 1972, where the government instead opted to pay each member of the tribe around $600 in recompense.

Today, there are roughly 900 members of the tribe certified, and there are over 50 tribes that are not acknowledged by the U.S government. Of these 50 however, the Kizh is one of the only ones that has been recognized by the state, is well-documented, but has received no federal recognition.  This is the mission that many descendents of the Kizh have dedicated themselves to fighting, but there has been no sign yet that they are any closer to achieving this goal. Do you know whose land you are on? Use this app to learn the Native Land that you are on.

The Afro-Latino roots of L.A. is a history we should all know in light of racist comments from Latino leaders

Christian Lopez is a reporter and writer, having published numerous stories with the Daily Forty-Niner. Chris specializes in entertainment news and photography, having written and taken photos for numerous special events. He is majoring in Journalism at Long Beach State to help strengthen his abilities. In his free time, Christian likes to walk around taking photos on the street, play video games, and write short stories.