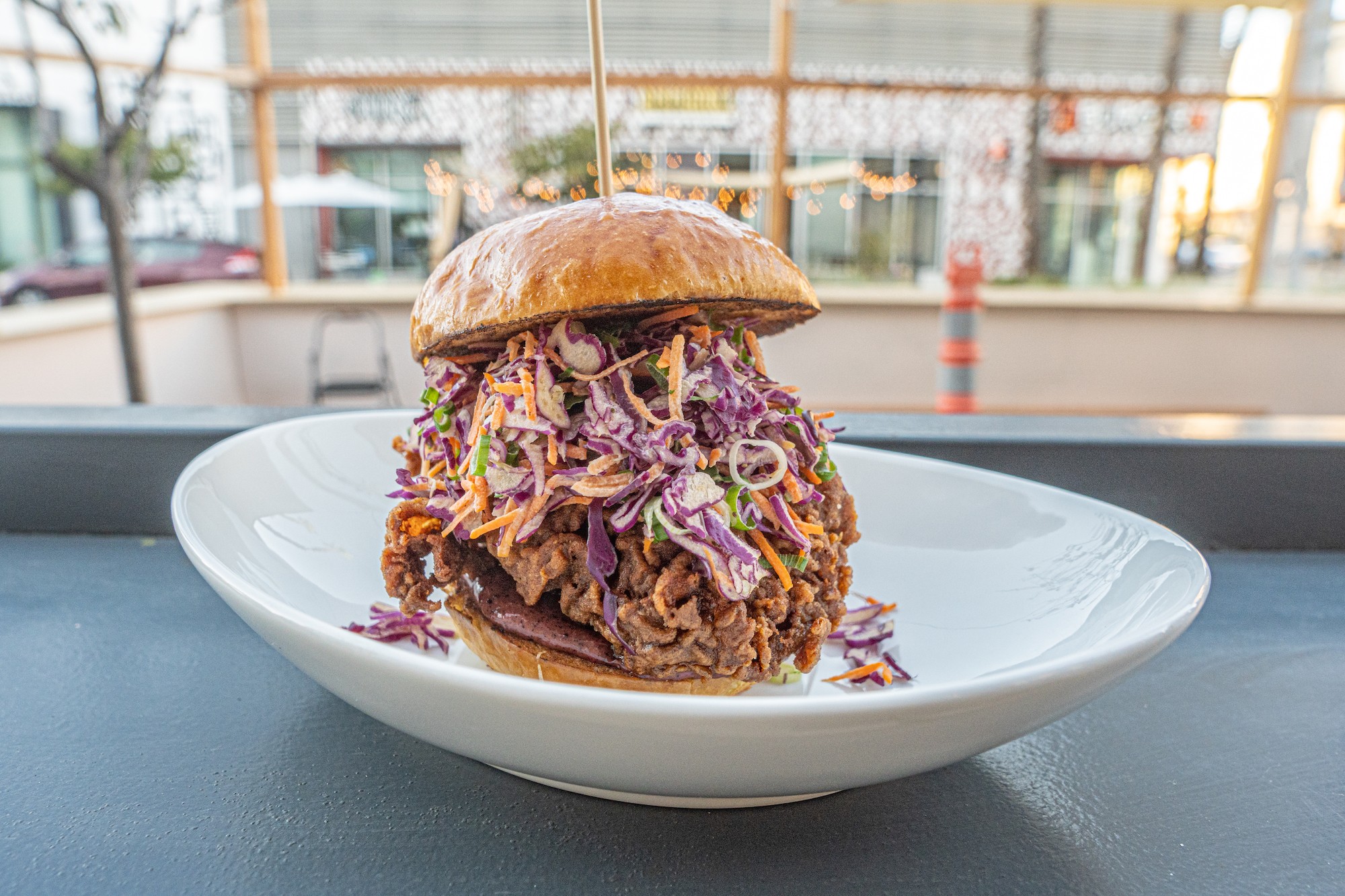 When I first visited Rosemallows, I felt immediately entrenched in an impalpable nostalgia. The interior space was an entanglement of neon lights and tropical motifs with blue checkered floors, infinitely looping CRT televisions, and a bangin’ soundtrack containing the likes of Selena Quintanilla and Chromeo.  I do not know *when* I had stepped into, but I felt lost—and I wanted to be. I wandered toward the bar, bathing myself in a pink-cyan hue, and ordered some drinks. Food too.

Rosemallows sits on the corner of Long Beach Boulevard and 3rd Street, taking up residence in what used to be Beer Belly. Owner Jimmy Han, along with head bartender James Squire decided that they needed something fresh, and recognized Bar Tiki Tiki (Beer Belly’s tiki-themed speakeasy) as the most popular element to their former establishment. With James taking the reins, he expanded the tiki idea into the 80s-esque anachronism that is Rosemallows. The aesthetic has heavy Miami Vice inspiration, however, he played with fast and loose with it to keep it from being too temporally and geographically bound creating a unique concept that also expands into the music choice and menu, the latter of which is reflective of the cuisines from Hawaii, Mexico, Cambodia, and Thailand.

Moving onto the menu, the cocktails were all curated by James with a focus on locally sourced ingredients as inspiration. The first drink was the coffee martini which was comprised of Lord Windsor coffee, cinnamon, milk, rice, almonds, macadamia liquor, and Maldon salt. The result was frothy and light with a flavor reminiscent of macadamia nuts and horchata. The creation of this drink stemmed from a combination of James’ experience as the designated horchata supplier to his family gatherings and from his daily obsession with visiting Lord Windsor for a cup of Joe.

The last drink I tried was the quintessential tiki drink, the piña colada. Comprised of Appleton Estate Signature Blend rum, Panamanian rum, coconut cream, and pineapple, it was a real tropical delight.

As for the food, James collaborated with Chef Dustin Pruitt (formerly from Belly Bombz) to create a familiar-with-a-twist menu that spans multiple cuisines. The ingredients were all sourced from local purveyors at the Marina farmer’s market as well as at Cambodian markets such as Dong Mai and KH Market where they procured lemongrass, rambutan, dragonfruit, and yardlong beans among other things.

The first item was the fried chicken sandwich which was made of fried coconut and pineapple yogurt brined chicken thigh, red miso cabbage, slaw, and hibiscus and horseradish aioli on a brioche bun. The chicken was crispy and moist while the slaw was nutty with a zing. The whole package was really balanced with a subtle fruity tartness that really balanced the richness of the whole package.

After that were the yardlong beans which are like green beans in taste and appearance and commonly used throughout South and Southeast Asia. They were tossed together with cherry tomatoes, toasted garlic, roasted hazelnuts, and a tropical Vietnamese-inspired glaze. The beans were soft-yet-snappy and were vegetal with a subtle earthiness to them. The whole package was a carousel of flavor that was sweet, tangy, and umami. 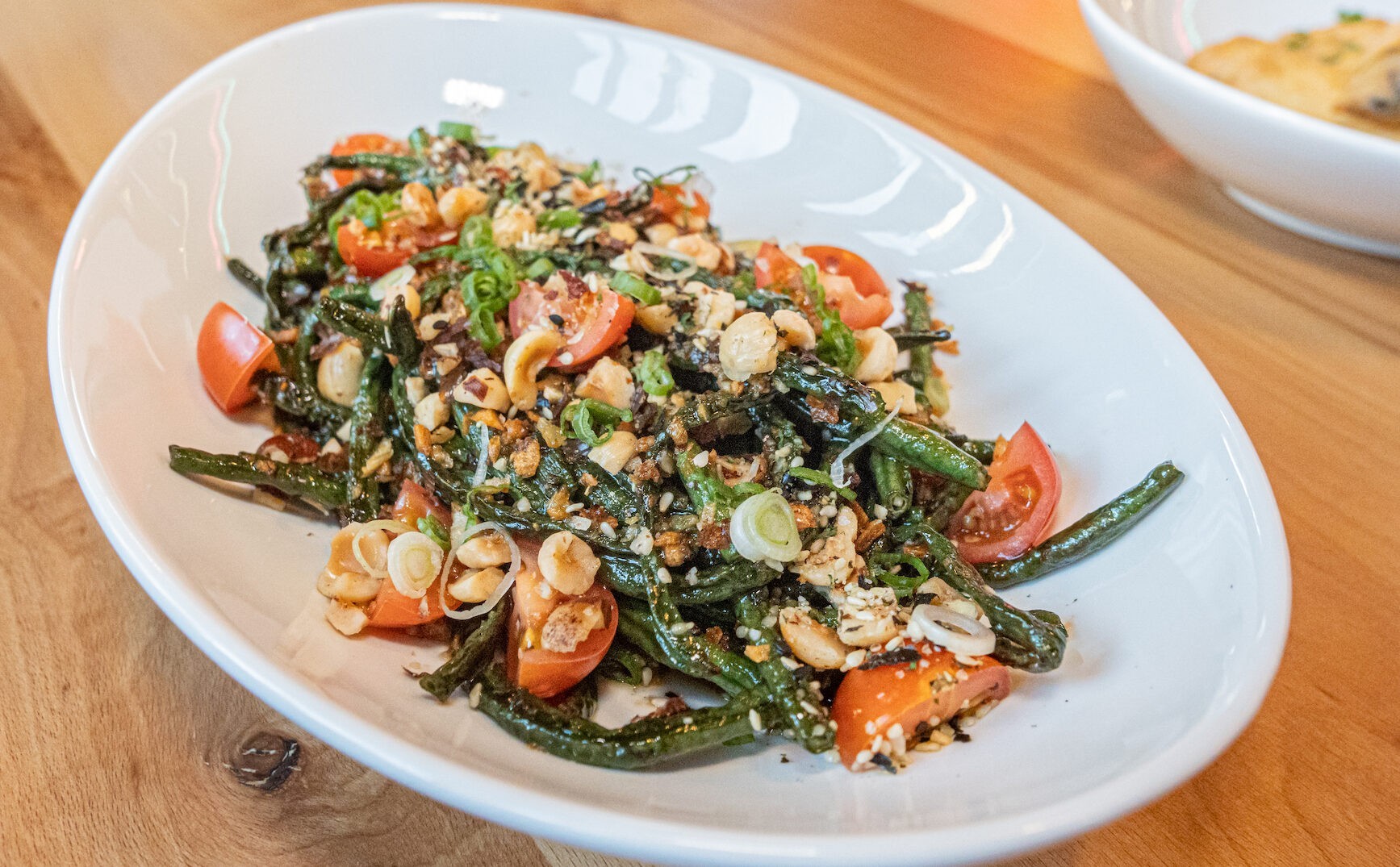 Lastly were the musubi, a Hawaiian classic with a spam and tofu variant. The spam one is slathered in a Hawaiian glaze, topped on densely packed rice with Kewpie mayo, green onion, and furikake, and wrapped with a sheet of nori. The tofu version is comprised of the same ingredients except for vegan mayo. It is a simple item that makes for a perfect snack or light lunch.

To sum up, Rosemallows is an incredible experience that transcends any single concept. With an amazing selection of food and drink, they are a welcome addition to the Downtown scene. They recently opened during the pandemic, so when you get the chance, swing on by and see why I fell in love with this place. 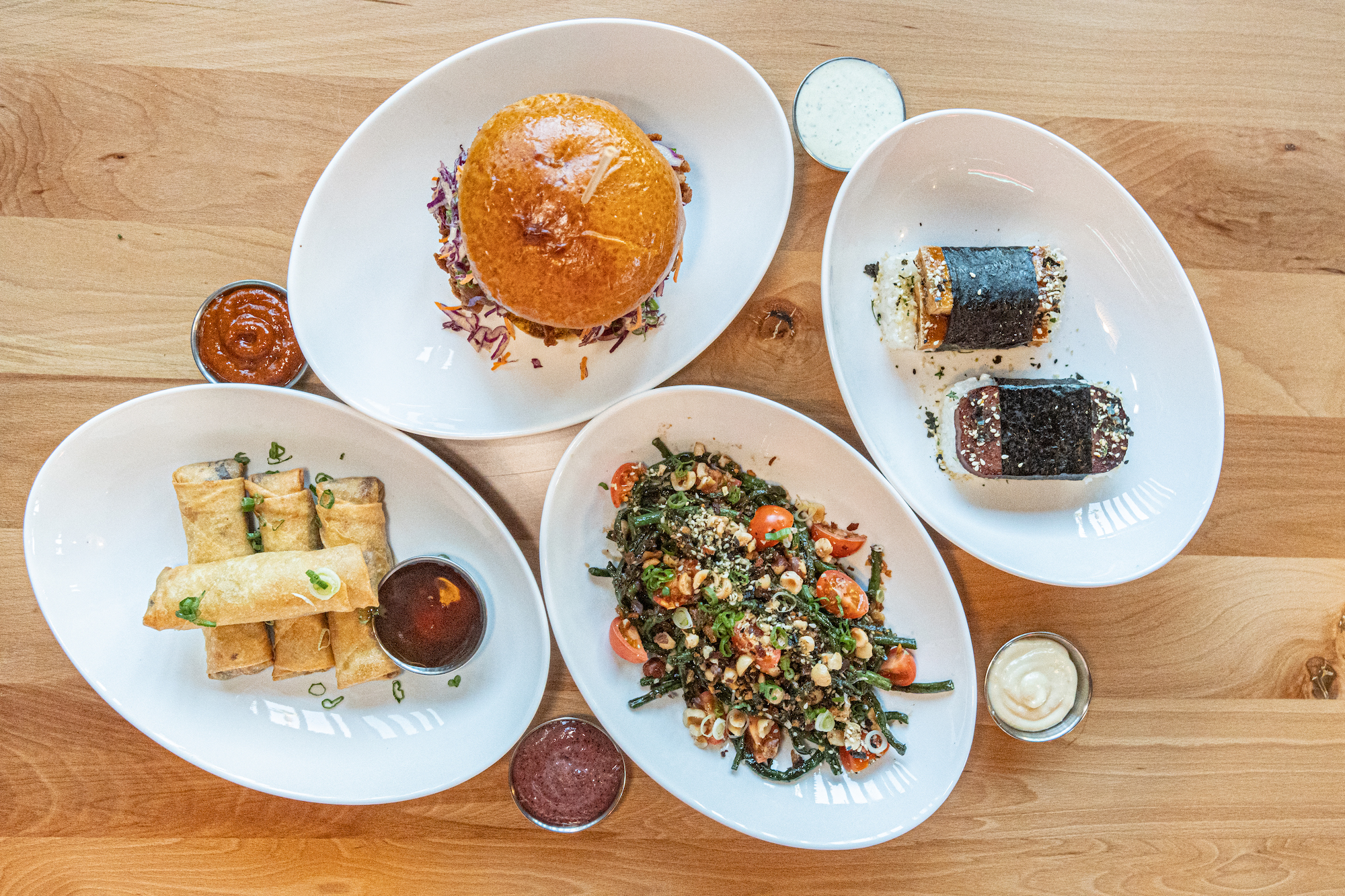 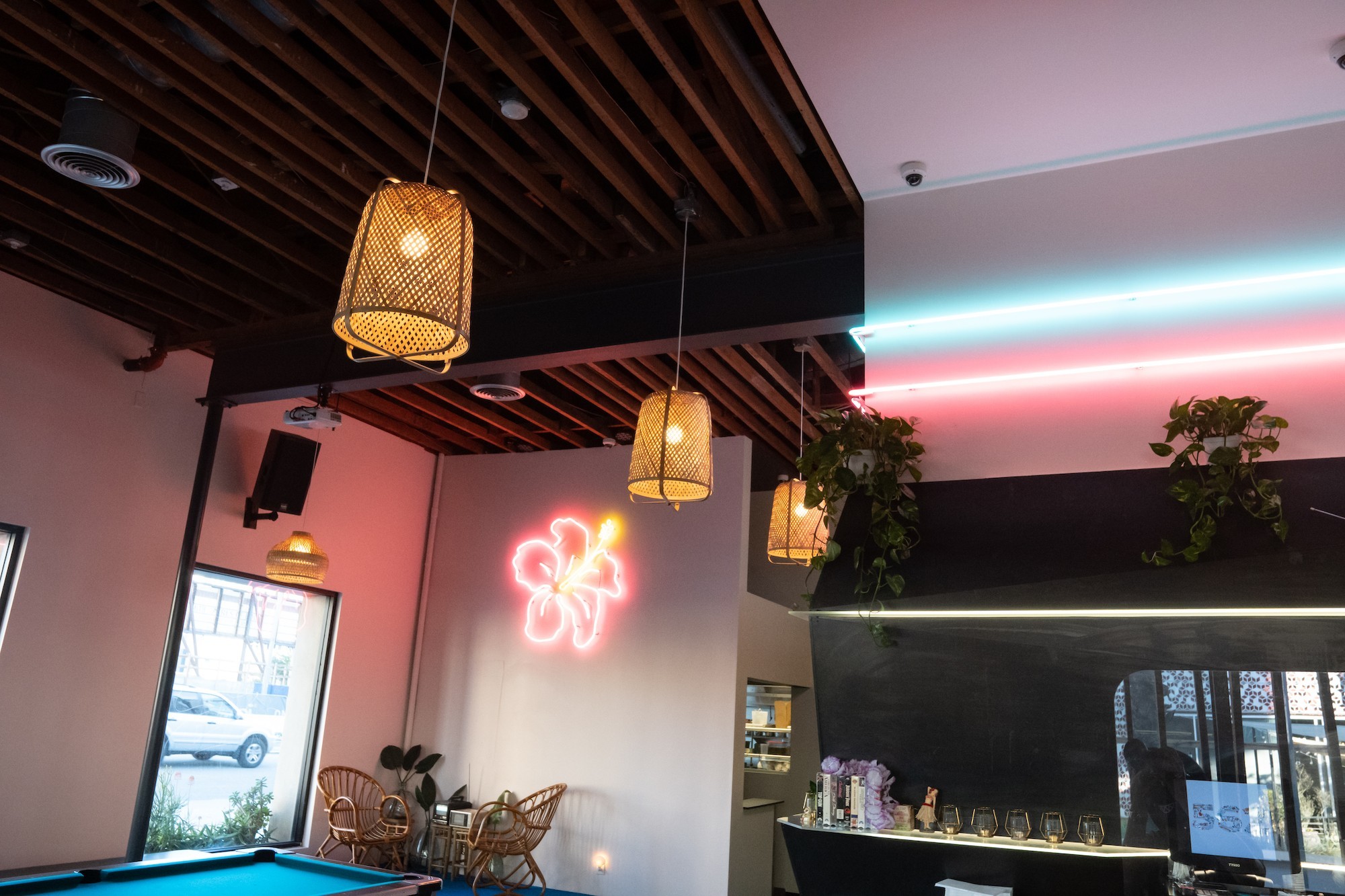