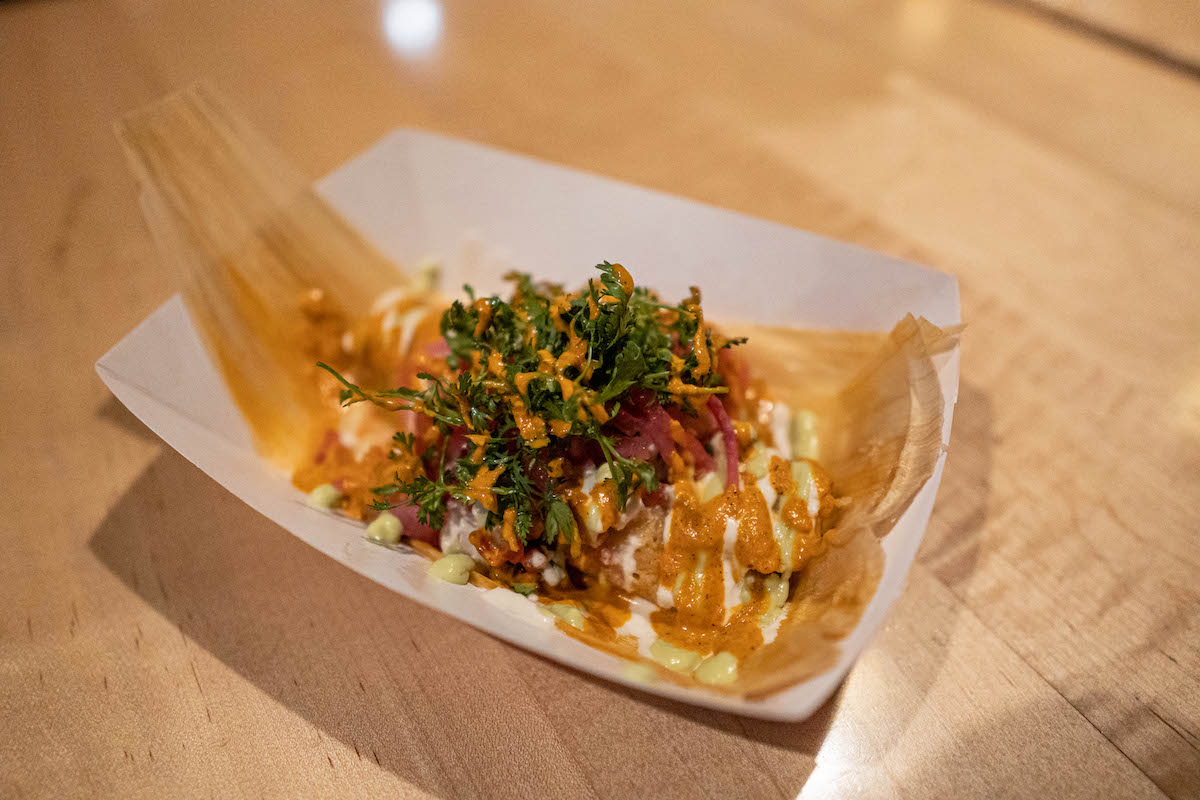 History of the Tamal

While wading through the world of tamales, I was actively searching for vegan tamales to round out my tamal experience. That’s when I happened upon Shane’s Tamales which was going to pop up at Trademark Brewing, a local brewery located just west of the Poly Area of Long beach on Anaheim Street. I wandered over and was greeted by Shane who was slinging a ‘Loaded B.R.T. Bowl’ which has a single tamal of your choice floating atop a bowl filled with rice and beans. I could tell he was all about the small details, so I excitedly got in line and ordered up.

I got a handful of tamal, including the green chick’n, red “pork”, and bean and cheese with rajas. The red tamal I got as a loaded tamal boat, which has the tamal topped with pickled onion, micro-cilantro, pico de gallo, cashew crema, avocado crema, and spicy árbol salsa. The loaded tamal boat was a flavor bomb, ranging from creamy to spicy. I really enjoyed it! As for the base tamal, it was savory, mildly smoky, and overall delicious. The masa had a nice fluffy texture which contributed to a positive tamal-eating experience.

As for the chick’n, it was convincingly meaty and moist. This was very enjoyable with a side of his tomatillo salsa. Lastly, was the bean and cheese with rajas. I was a really big fan of this. As a bean and cheese burrito fanatic, this tamal hit all the right spots for me. It was earthy and creamy, with a warmth peppered throughout from the roasted poblano. All in all, I’d definitely return.

Whether or not you’re on a vegan diet, Shane’s Tamales is a winner. Keep an eye out for his pop ups all over Los Angeles and Orange County, as you’ll want to try out his goods. You may also find him as a vendor at the upcoming Long Beach International Tamales Festival on December 5th, so be sure to grab a ticket on the LB Home Living website and give Shane some love!