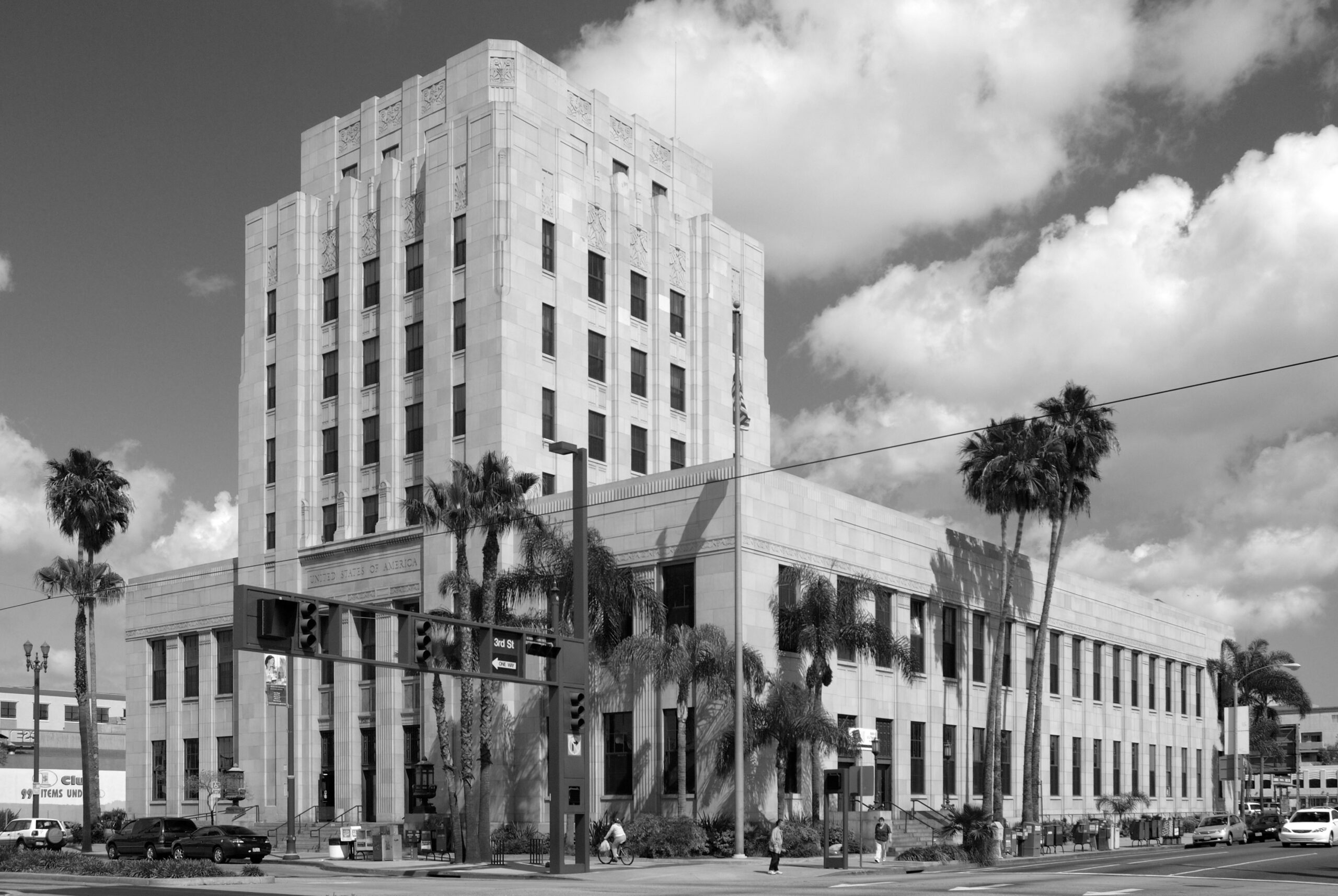 The Long Beach Post Office is one of the city’s longest-standing and most eye-catching architectural structures. Let’s learn more about the history of this favorite Long Beach historic building!

The Long Beach Post Office’s style can be defined as Art Deco and WPA (Works Progress Administration) Moderne. The period during and shortly after the Great Depression (from 1933 to 1944) saw an architectural movement that was sponsored by the WPA and the PWA (Public Works Administration). During this time, buildings such as post offices, banks, libraries, courthouses, and other buildings were built in a prudent and classic style. In this era, these elements were thought to add a sense of authority and purpose.

The Long Beach Post Office was completed in 1934, but not without a few hiccups. In 1933, while it was being built, the post office survived a 6.4 magnitude earthquake that hit Long Beach. Amazingly, the building suffered little damage. The construction of the building stopped briefly after the earthquake, but the contractors determined that the damage was minor and work resumed only a week later.

At first glance, the Post Office has a severe and imposing feel, due to the restrained, yet sophisticated style of the time. The most prominent feature of the building is the Post Office’s central tower which rises four and a half stories. The columns are fluted and there are relief sculptures over some of the higher story windows.

The interior of the Post Office has a similar feel – solid, refined, and simple. Unlike some other buildings of the time (even PWA/WPA projects), the Post Office does not feature any murals, sculptures, mosaics, or frescoes. We do see beautiful marble wainscoting and shiny terrazzo floors as subtle design elements.

Our historic Long Beach Post Office might be austere, but its simple elegance has allowed it to stand tall for nearly a century. Today, this Long Beach landmark is still a key business and postal site, as well as one of Long Beach’s favorite historic gems.