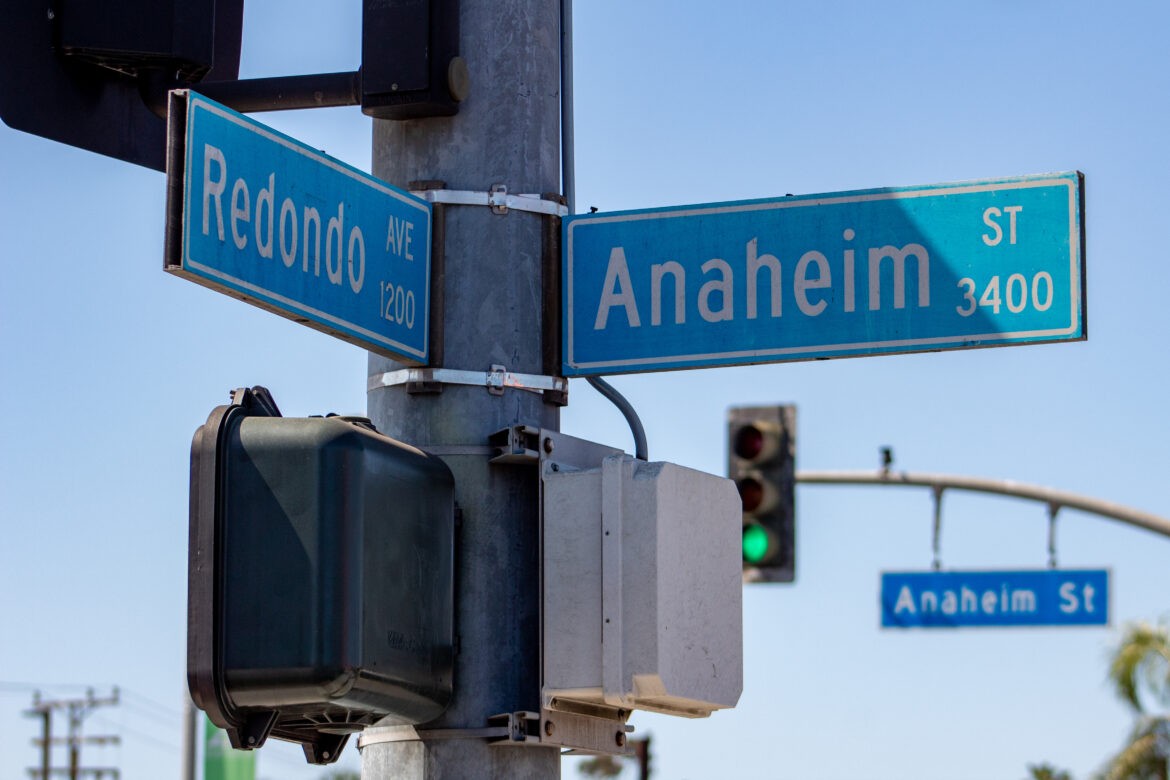 If you have spent enough time in East Long Beach, you might have noticed the small and seemingly out of place park on the corner of Redondo Ave and PCH. Maybe you’ve noticed the oddly-shaped Goodwill building on Redondo and Anaheim. What about the greenbelt that goes across the Zaferia and Belmont Heights neighborhood?

These landmarks don’t stand out much on their own, but they are relics of the original Zaferia district which was first established over 100 years ago. Unlike its name, the Zaferia neighborhood has a clear origin, and its energy as a community lives on.

Zaferia is roughly defined as the neighborhood between Junipero Ave. and PCH, with 14th St. and 10th St. as its unofficial northern and southern boundary lines. Before it was a Long Beach neighborhood, it was a bustling center of commerce and its heart stood on the corner of Anaheim St and Redondo Ave. 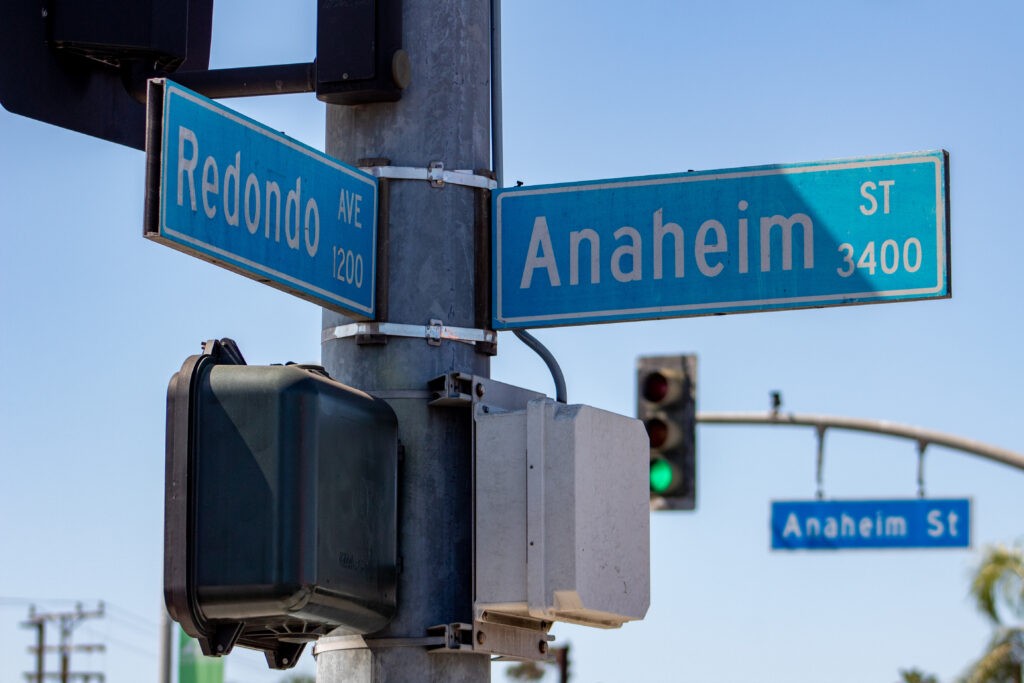 As far back as the late 1800s, the corner of Anaheim and Redondo has always been the heart of Zaferia. Photo by Erika Paz.

Stand at the McDonalds parking lot and travel back in time 115 years, and you’ll find yourself at the Zaferia stop of the Red Car line. Look in the southeast direction and you’ll understand why that Goodwill building is such an odd shape. It sits on what was once the track that connected Downtown Los Angeles to Newport Beach. You can pull up the area on a map and trace the trajectory of the line starting on the corner of Willow St. and Long Beach Blvd and ending in the Naples neighborhood.

The Red Cars came to Zaferia in 1902. At that time, Zaferia was its own community with a post office, a newspaper, several grocery stores, pharmacies, lumber mills, construction firms, schools and churches. But only 15 years earlier, it was still a quiet village. 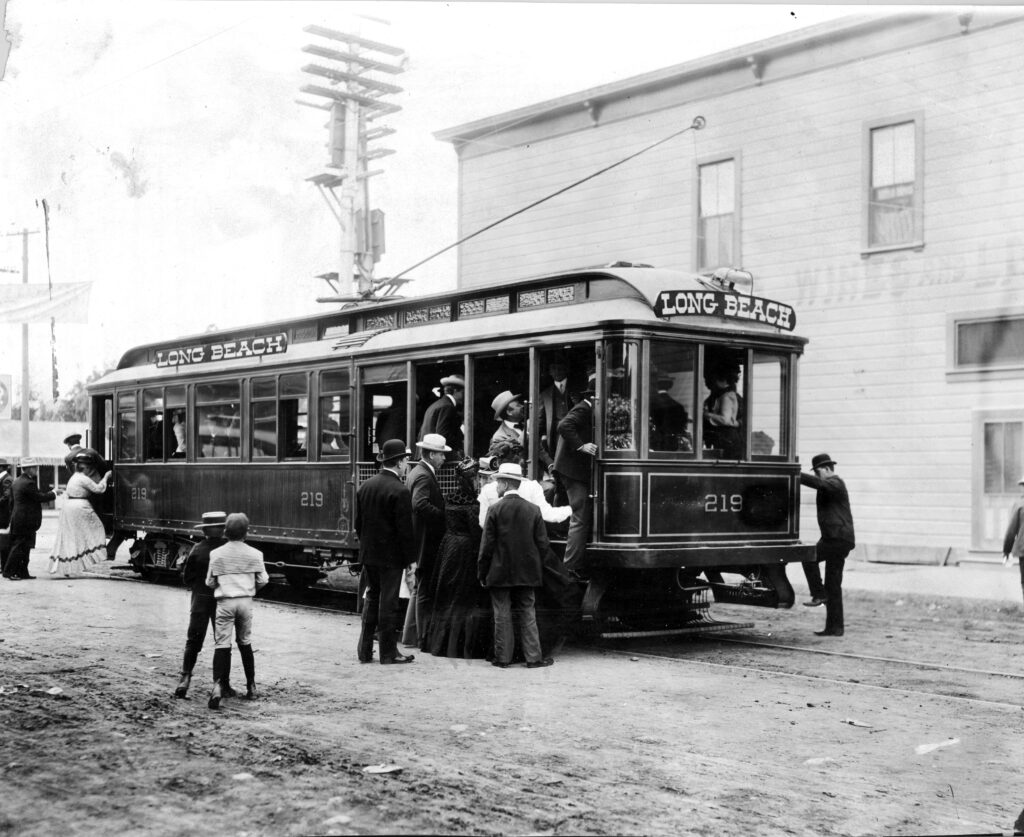 The Red Car’s first day of service from Los Angeles to Long Beach in 1902. Image courtesy of Metro Library and Archive.

For the most part, the area was the home of Mexican farmers and laborers that worked at Bixby Ranch, now known as the Bixby Knolls neighborhood. Anaheim Road was its main artery, connecting the Wilmington area to Orange County.  The road was a main transportation route for commerce in the late 1800s.

As downtown Long Beach grew, it became a more expensive place to live. Zaferia on the other hand, was more open and definitely more accessible for new businesses. Its potential attracted the attention of developers, including Henry Huntington. His company, Pacific Electric, brought the Red Car line to Zaferia, to the corner of Anaheim and Redondo, to be exact.

With new businesses popping up all along Anaheim and the addition of a transportation line, Zaferia was booming. And it had another advantage—merchants could sell alcohol. 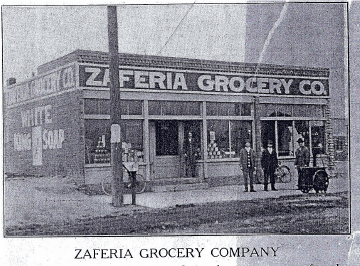 Zaferia has a long history of being a center of commerce. Its independence from the city of Long Beach gave the town a great advantage in the early 1900s. Image courtesy of Zaferia.org

Although prohibition wouldn’t become the law of the land until 1920, the city of Long Beach incorporated as a “dry town.” As in, no alcohol allowed. Hard to imagine, right? Because Zaferia was outside of the Long Beach city limits, its merchants were free to sell alcohol.

This meant that residents from Belmont Heights and downtown Long Beach would pay the 5 cent fare and would jump off the Red Car at the Zaferia station for a fun day out. Of course, those on a longer journey traveling via Red Car would stretch their legs at one of the local pool halls before continuing on their travels.

With all its success, Zaferia found itself in need of more services like road maintenance and investment in schools and libraries. On Labor Day of 1920, Zaferia gave up its name and became East Long Beach. As part of the agreement, the neighborhood would adhere to Long Beach law, including prohibition, but it would gain access to funding and support from the city.

Today, you can still find traces of what Zaferia once looked like. The bustling entrepreneurial spirit, though, has never left. The Zaferia district is the home to over 400 businesses, including restaurants, bars and music venues, mental health services, wholesalers, retail shops, schools, auto services, and non-profit organizations.