A Guide to Beachside Brews & Bites

Out on the Town - Downtown Lon..

A Guide to Beachside Brews & Bites 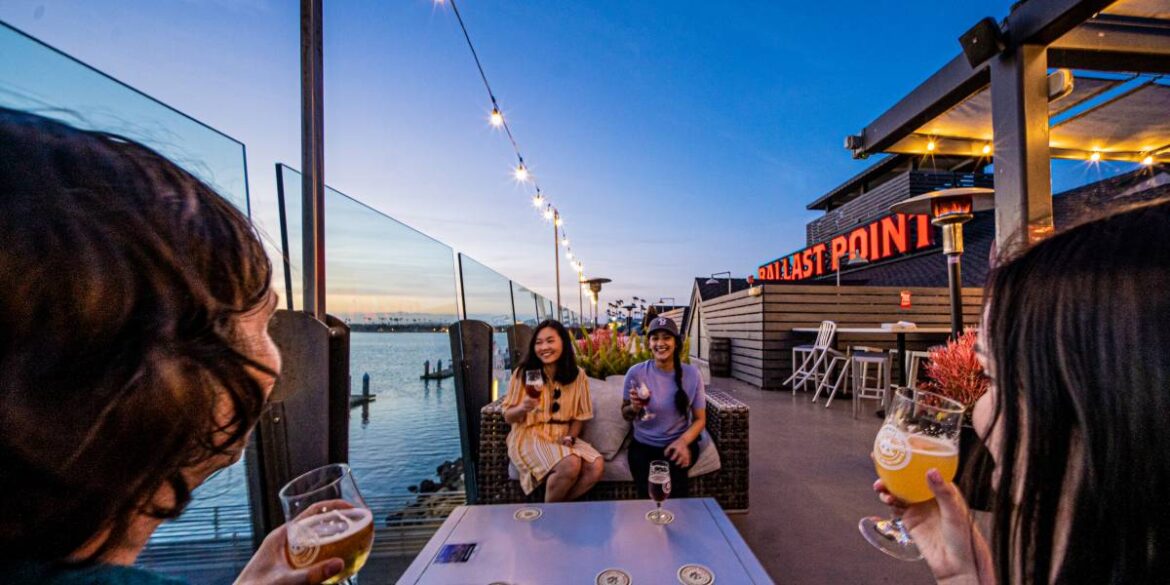 A relaxing and scenic afternoon for craft beer lovers, this Long Beach daytrip takes you on a tour of Long Beach’s best-known taprooms and brewpubs, including the oldest brewery in the city, a sprawling water’s-end spot with stunning views and mouth-watering IPAs, and the only cidery in the city.

A trip for hardcore beer aficionados and beginners alike, there’s something for everyone at each of these award-winning beachside, and urban breweries – making this the perfect summer daytrip!

Where better to start your coastal beer crawl than Beachwood BBQ & Brewing, a nationally renowned and award-winning brewery (several of their concoctions were named among the best beers in America by the Great American Beer Festival) featuring a delicious bonus – barbecue! Located just blocks from the ocean in the heart of Downtown’s entertainment district, sit on Beachwood’s Promenade patio to people watch, enjoy a flight of their specialty ales, and share some barbecue with your crew. And whatever you do, don’t forget to try the fried pickles.

Walk, bike, or scoot down Long Beach Boulevard and take a left on Broadway. Just minutes away, you’ll find Long Beach’s first and only cidery in the eclectic East Village Arts District at the corner of Lime Avenue. Owned by a couple of friends with as much flair for design as they have for the fruity brews, Ficklewood Cidery’s libations are gluten free, vegan, and made with natural sugars. Sip, relax, and play a board game or two before heading toward the beach for a scenic route to your next stop.

Scoot, cycle, or go by bus or rideshare down Ocean Boulevard for stunning views of the Long Beach coast atop its shoreline bluff. Stop at Belmont Pier, where Long Beach’s oldest brewery, Belmont Brewing Co., offers savory dishes – be sure to try the Lobster Bisque – and a range of award-winning beers. A must-try is the legendary Strawberry Blonde, best enjoyed on the brewery’s beachfront patio.

Hop on Long Beach’s free water taxi service – which starts up Memorial Day weekend – from Belmont Pier to Alamitos Bay! Close out your Beachside Brews & Bites tour with a sunset meal at Ballast Point, a sprawling two-story brewpub where the bay meets the ocean. If you’re not already familiar with the popular brewery – their beers are sold in major stores nationwide – try a few with a flight. Order at one of several walk-up bars, then head up to the second story patio where you can watch the sun go down over the water beside the flickering flames of your own firepit.