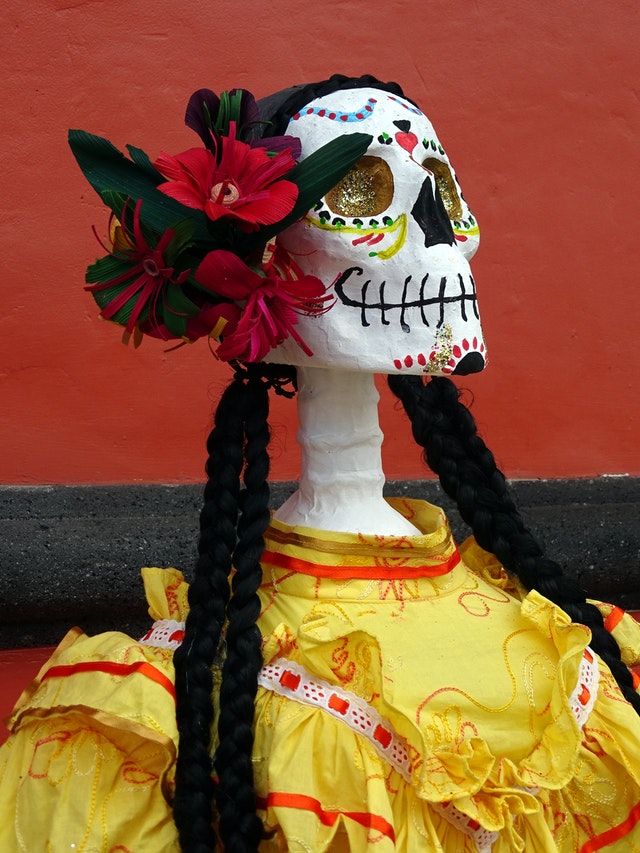 The 4th annual Dia de Los Muertos event is right around the corner, and this year promises to be bigger than ever. It will be featuring several local artists and performances by Grammy Award winning artist La Santa Cecilia, along with esteemed KCRW Dj Raul Campos, and an opening set by Long Beach’s very own KM.

Last year, the festival brought together about 7,000 people and this year councilwoman Lena Gonzalez is expecting for even more people to attend. We interviewed Lena Gonzalez to learn a little more about the history of the event, how did she come up with the idea, and what can we expect from this year’s festival.

What is the history behind the Dia de Los Muertos Festival?

I’ve worked for the city for nine years, and when I was working for the city before I was elected there was a Latin American Freedom Festival that was conducted from the previous member Robert Garcia. Unfortunately, funding kind of fell through when I took office, so I said, well why don’t we kind of change it and make it something more cultural and just a little different.

So I began the Dia de Los Muertos Event back in 2014 and we decided, that you know, everyone loves Dia de Los Muertos, it’s not really a big event in the Long Beach area for that specific type of event, so I said, ‘What a great idea to start that, and really celebrate culture, food, and music, and of course honor the people that have passed away, and what better way to do it than in Downtown.

Would you say the festival is specifically aimed toward the Mexican-American community of Long Beach?

It’s for everybody. My mom is from Aguascalientes, Mexico and I think about when I go back to Mexico, and when I’ve visited my family, how big it is over there of course, but to bring it here, people really love it. Whether your family is from a different country or even a different latino country, you enjoy it because it’s really a way to honor people that have passed. It’s a way to celebrate culture, and it has really become a part of our culture here in the United States. And people really love it, you go to different stores now and you see the calaveras, the sugar skulls, and all the fun stuff. I think people just really love the vibrancy of it, you know, it’s colorful, and it’s a way to bring people together.

What’s your favorite part of the event?

My favorite part of the event is seeing the diversity of Long Beach come out, you know, people from all walks of life come out and also the music. I think we do a really good job of bringing in local artists, we’re bringing in good talent, and so I think it’s all of that tied together. But I think it’s just seeing people celebrating, you know, it’s a free event, and they get to bring their kids. It’s really awesome.

What should we expect from this year’s event?

This is the 4th year and it’s just gotten bigger and bigger each year. Last year we had about 7,000 people and this year we’re hoping to have that or more because we have La Santa Cecilia. They are a Grammy Award winning band, they play cumbia, they do a lot of covers, and mariachi. There are also a lot of local talents that will be there, restaurants that will be opened later than they normally are to provide food options for people. So there is going to be a lot to do, we’re gonna have face painting for the kids, neighborhood groups that will provide resources and information to the community. It’s a little bit of everything and it’s going to be a lot of fun.

In what other ways does the Festival contribute to the Long Beach Community?

A lot of the funding that we get for the event, if there’s any extra that is raised, then that all goes to Centro CHA. They’re one of the largest Latino organizations in the city, and they do a lot of work for immigration and DACA recipients. So it’s also an event that can give back to the community at the end of the day, which is really great.

This year’s festival is taking place on Saturday, November 4th in Downtown Long beach on Pine avenue between 4th and 6th street from 5PM – 11PM. Admission is free and the event is family friendly. Make to come out with your friendly and family and enjoy a colorful evening filled with culture, delicious food, and great music.