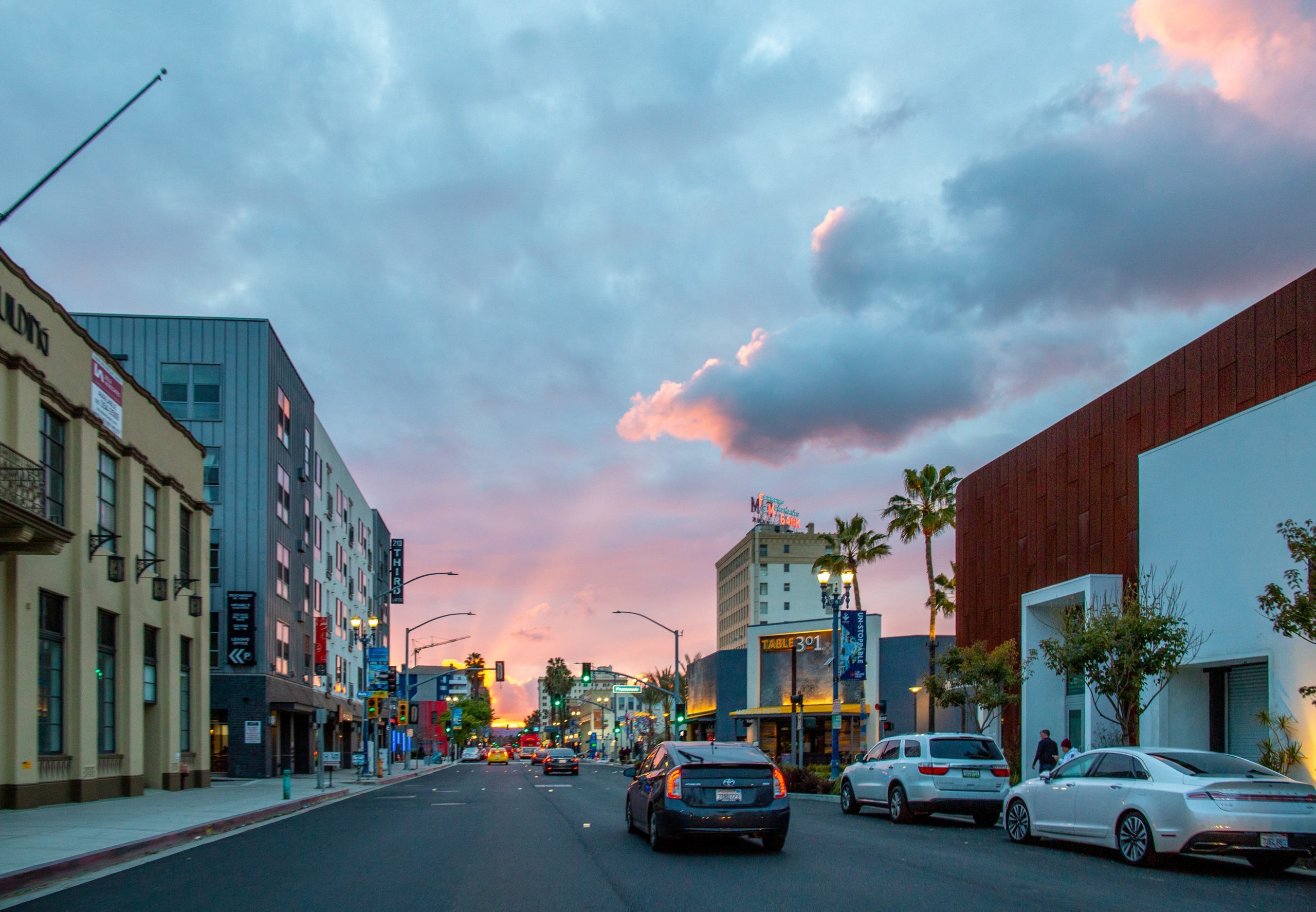 This past month, downtown Long Beach celebrates its continued economic and physical growth with Downtown Celebrates, rolling out another bright annual report, with honors to those who contribute to this success, highlighting the diverse food and entertainment the downtown has to offer. This year’s report and previous ones have emphasized the economic shifts within this community as average household incomes increase, and investments in downtown rise as high as the cranes building the thousands of new residential units.

The optimist sees the new buildings and enhanced bike and transit facilities as progress, while the pessimists see these improvements for a new population that is forcing out the residents that the now-cool downtown had been built from. Despite the glossy collateral marketing the downtown, and the war cries from those fighting displacement, many community leaders recognize the nuance of Long Beach’s gentrification.

The Great Recession of 2007-2008 and beyond hit Long Beach hard, though not as much as rapid growth communities like Miami, Las Vegas, or Fresno. While some local governments went bankrupt from lost property taxes, others like Long Beach made deep cuts to public services and maintenance responsibilities. Most development ground to a screeching halt with all but previously funded public projects (including subsidized affordable development) and private development serving basic necessities (hospitals, Walmarts, grocery stores, etc.) being built within the intervening years.

Right as the economic downturn was beginning, the City of Long Beach was adopting the groundbreaking Downtown Plan, a transition from the rigid Planned Development Zones that city officials were applying across Long Beach, which would also serve as the basis for future Specific Plans that have since been authored and adopted. The Downtown Plan provides greater flexibility to meet the Guiding Principles established by residents, stakeholders, and community leaders, while streamlining the process for infill projects that emulate that vision.

Due to tightening lending practices both for homebuyers and real estate developers, and a surplus of housing stock due to foreclosures, the impacts of the Downtown Plan did not become obvious for a decade. Like the recovery of recessions before, investment generally began incrementally with lower risk projects like adaptive reuse, building rehabs, and modest urban infill projects. The first wave was most often local, from developers like Urbana, CORE Holdings, Maverick Investments, and Ratkovich Properties.

Gradually, the landscape began to change as new businesses—many locally owned—opened up shops, and formerly vacant homes and condos began to find new residents. While some of these projects rejuvenated derelict properties, bringing new life to our existing neighborhoods, other investors began seeing a reinvigorated housing market, this one oriented more toward rental housing versus the previous housing boom, which had a larger proportion of sales.

As has been typical in Long Beach, new construction had been slower than other local communities to respond to emerging markets. To fill the growing demand for quality housing in downtown Long Beach and surrounding neighborhoods, more modest incremental investments were made by renovating existing housing stock to varying degrees of quality.

Unlike most of those commercial buildings that sat vacant before their respective rebirths, these apartment buildings were always filled with life, with residents many of whom have lived for decades in the vibrant neighborhoods of East Village, Alamitos Beach, Drake Park, and North Pine. Early-Century (1920’s) fourplexes, mid-Century garden-style apartments, and even late-Century recent podium-type buildings were given a bright coat of paint inside and out, with new cabinets and windows and occasionally fresh landscape.

These cosmetic improvements have been and still are typically precipitated by the removal of the existing residents. Through consistent and/or extreme rent hikes, or evictions (with or without cause) entire apartment buildings—from two homes to two dozen—are vacated of residents. The upheaval has damaged people, families, friends, and entire neighborhoods, though those buildings have often never looked so pretty. The complexion of these neighborhoods has changed building by building, block by block, street by street. Only now is the City seeking resident tenant protections—Long Beach is the largest West Coast city without them.

Over the past year, there has been a rapid change in the physical character of Downtown Long Beach. From flipping the protected cycle-tracks on Broadway and Third Street, to the complete redevelopment of the Civic Center, the public realm is changing. Private development is enveloping most every blacktop parking lot with thousands of new homes—mostly rental—with ground floors activated with lobbies and common areas, as well as new restaurants and stores.

Activities To Do With the Kids in Long Beach – Clone

Hundreds of parking stalls—most utilized for providing a home for an automobile just portions of the day or week—are making way for thousands of homes, filling the missing teeth of the downtown fabric. Nonetheless, parking capacity will dramatically increase as each one of these new buildings accommodate parking multilevel garages that go below and above the street level. Like many of our urban communities across the globe, our ways of moving are changing, while walking, transit, and biking are experiencing their respective renaissance as new means of moving virtually and physically are rapidly changing distance and place. The space for parking cars in a lot or a structure might become obsolete in a decade, or not.

Most of those new apartment buildings being constructed will only serve the wealthiest residents choosing to live in the downtown. So the City of Long Beach is finally considering the concept of inclusionary housing where new development would be required to set aside a certain percentage of their new housing stock (often 20%) below market-rate for income-qualified households. From Ventura to Santa Ana to Los Angeles, inclusionary housing generates hundreds, even thousands of quality, obtainable homes for the most vulnerable families across the region. Adopting inclusionary housing two years ago would have resulted in hundreds of new affordable housing units coming online over this next year.

While much of the new downtown development will likely host the highest residential and commercial rates, this will likely influence the local real estate market as thousands of new units come online. Those recently refurbished but older apartment buildings with few amenities will find competition from buildings providing amenities like gyms, pools, theaters, doggy spas, and secured parking. The local market will fluctuate, influenced by the actual pressures of supply and demand, but perceptions of grandeur (still powerful) will hopefully not escalate further to the point of affordability.

Changes within downtown Long Beach and the surrounding neighborhoods physically began as mild but are escalating quickly, though appropriately as guided by previous planning initiatives. But at the same time, the composition of the community and the people have been changing rapidly. The question going forward is will our city be able to retain what remains of the culture in these neighborhoods—through inclusionary housing and tenant protections—and will the new development support these efforts or impede them?