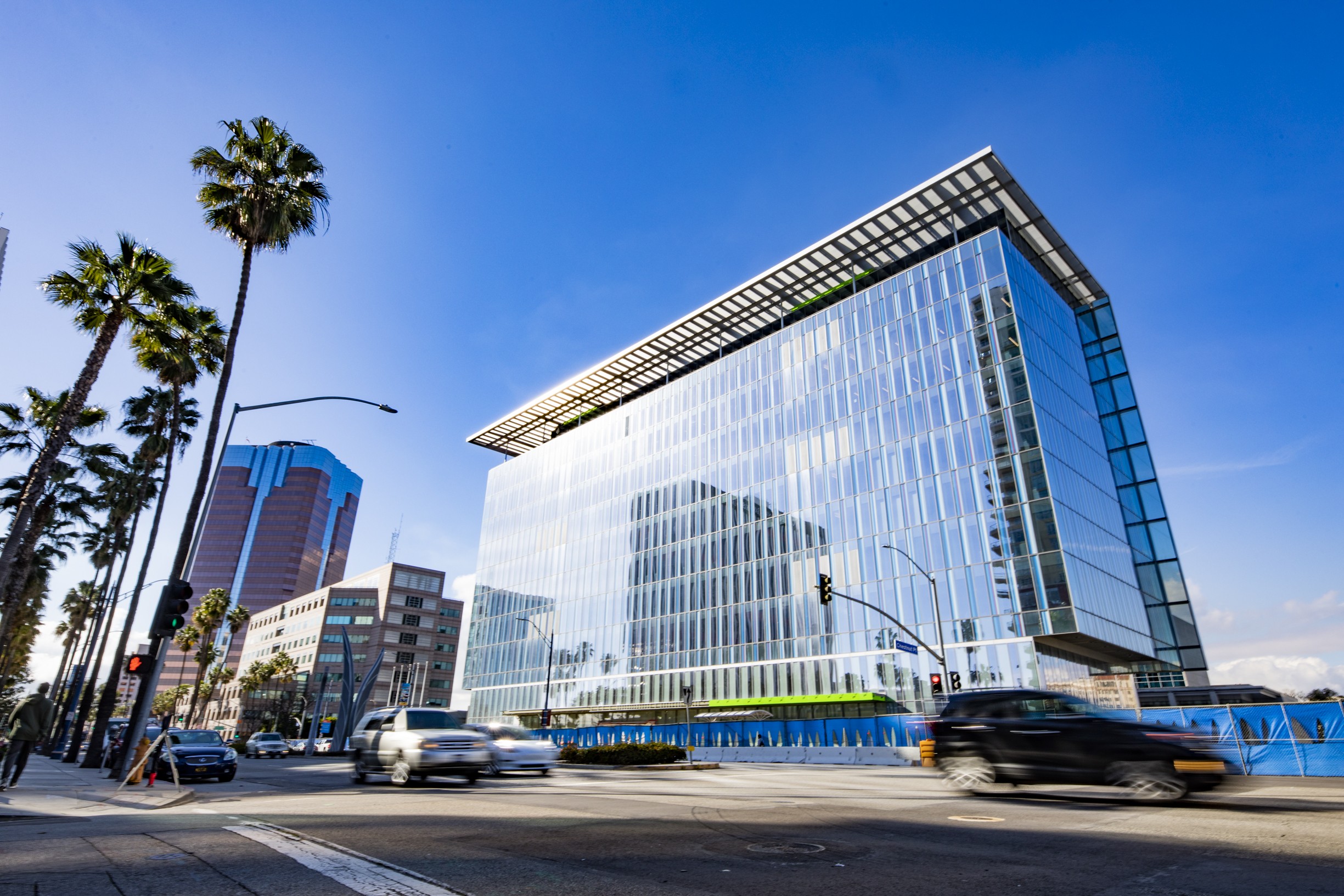 On Monday, July 29, the City of Long Beach will celebrate the grand opening of the new Civic Center, which includes a new City Hall and Port Headquarters. The event, which is open to the public, will take place from 6 p.m. to 8 p.m. on the Long Beach Civic Center Plaza.

“We look forward to welcoming the community to their new Civic Center,” said Mayor Robert Garcia. “This development is the centerpiece of the new Downtown Long Beach, a vibrant, booming and rejuvenated neighborhood.”

During the grand opening, the plaza will be activated with resources from departments throughout the City, and will include entertainment, food trucks and a flag-raising ceremony. The community will be able to tour the lobby levels of the new City Hall and Port buildings as well as the Bob Foster Civic Chambers.

“The Board is excited to be part of the new downtown Civic Center,” said Long Beach Board of Harbor Commissioners President Tracy Egoscue. “This location will allow the Port to partner more closely with other City departments. We are also pleased to be closer to our port stakeholders and fulfill our mission to benefit the local, state and national economy.”

Located on the site of the former Long Beach Courthouse, the new City Hall and Port Headquarters are seismically safe and environmentally sustainable, with solar power and rain water systems.

The opening also marks a major milestone in the innovative public-private partnership with Plenary-Edgemoor Civic Partners. The $520 million project was designed to bring a revitalized civic core to downtown to serve residents, attract visitors and provide safe and efficient city operations. In 2014, City Council approved a plan to partner with Plenary-Edgemoor Civic Partners on a new Civic Center. The project obligates Plenary-Edgemoor to design, build, finance, operate and maintain the new civic center for the next 40 years. The Port financed its new headquarters separately, using revenue bonds.

“The new Civic Center will anchor the City’s downtown and provide a more seamless experience for members of the public who conduct business at City Hall,” said City Manager Patrick H. West.

“Being near the harbor allows the Port to more efficiently provide service to our customers,” said Port of Long Beach Executive Director Mario Cordero. “We are happy to return to the waterfront after five years at our temporary location near the Long Beach Airport.”

The public portions of the Long Beach Civic Center Project also include a new Main Library, which will open September 21, 2019, and a revitalized Lincoln Park. The private development portion of the project is expected to include transit-oriented mixed-used developments, high-rise condominiums and retail.