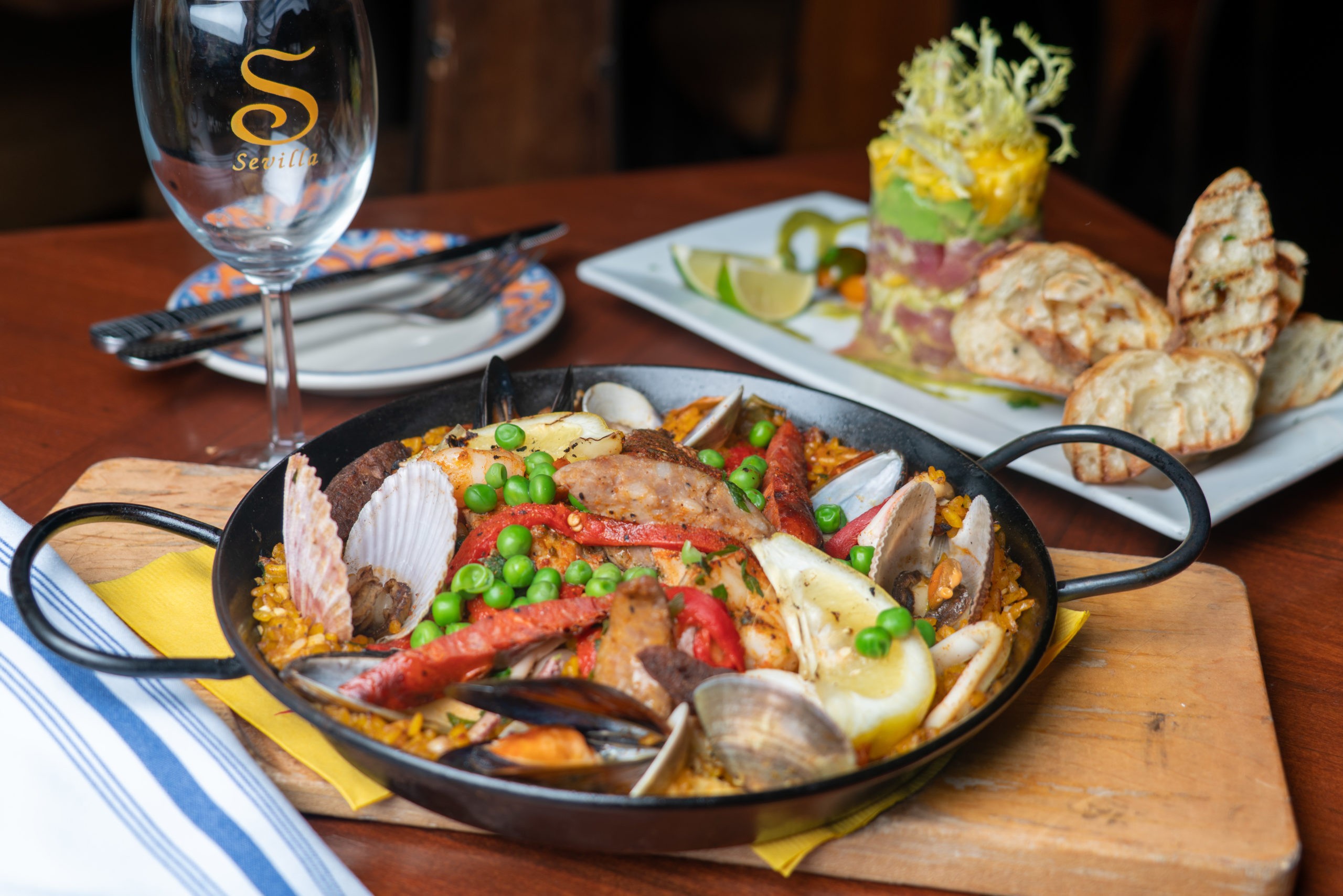 In the Kitchen with Chef Melissa Ortiz Cafe Sevilla first opened its doors in 1987 nestled in the heart of downtown San Diego. Spanish-born owners Rogelio and Janet Huidobro wanted to bring a taste of their home-country to Southern California — traditional dishes, live performances and an air of Spanish authenticity.

Long Beach welcomed their Spanish flair and Sevilla became a staple eatery along Pine Avenue in 2006. Sevilla ran a location in Riverside in 2000, and that’s where Chef Felipe Roach began his career with Sevilla.

But Felipe’s story with food began years earlier, and further away in Santiago, Chile. “I’ve always had the passion, you have to be born with that, ya know?” Felipe said. “My mom and grandma always cooked so becoming a chef was a master plan for me.” He attended culinary school in Chile and has been a chef for 15 years. One of his relatives worked at Sevilla’s Riverside location, and that was his in. Felipe enjoys the food he prepares. He appreciates the authenticity of the ingredients. “The Spanish sausage, the saffron in our paellas are imported from Spain,” he said. “What you find in Spain, you find here.” He prepared a classic paella in a cast iron pan:

And all of Felipe’s paellas are cooked in lobster broth.

Served with a side of grapes and crostinis from bagettes.

The bartender paired two drinks with the menu, barbacoa and a Spanish sour:

Sevilla is all about authenticity, Felipe said. It’s just different. “If you’re on a date, you’re going to have a whole different experience coming here,” he said. “When you get the paella, you don’t know how to eat it. We have so much to experience, it’s fun.”

Chef Felipe came to Long Beach Sevilla six months ago to train other cooks. He will move on to be head chef of Sevilla’s new front in Costa Mesa when it opens in a few months. “It was the opportunity and I’m really passionate about it,” he said. “The company has been good to me and really appreciates what I do.” Sangrias, flamenco and gypsy music makes up the flavors and tastes of Cafe Sevilla, and they promise to take you on a trip to Spain — without the airfare.